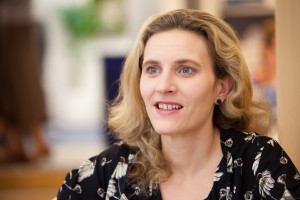 Women around the world are still facing some of the worst discrimination imaginable. From child marriage to female genital mutilation and inexcusably high rates of maternal mortality, the list goes on. As we approach International Women’s Day, it doesn’t seem like there is much to celebrate.

Yet against this backdrop, passionate women and girls are fighting to create a more positive future. From heads of state to midwives in remote villages, they are refusing to accept the status quo, refusing to keep quiet and refusing to accept inequality. Women like Melinda Gates, whose foundation has launched an ambitious plan to provide access to contraceptives to an additional 120 million women by 2020. Women like Fahma Mohamed who is spearheading a UK campaign to end female genital mutilation. And women like Grace Kodindo, an obstetrician from Chad who is battling to save the lives of women and babies by improving access to reproductive healthcare.

However different these women’s lives seem to be on the surface, their goals and aspirations are the same. They want to change things for the better, to inspire change for their children and their communities. And change is sorely needed. Today, limited access to medical facilities and trained health workers means around 800 women are dying needlessly every day due to complications of pregnancy and childbirth.

One of the simplest and most effective means of saving these women’s lives is contraception, but for more than 200 million women today that is not an option. In fact, if everyone who wanted to use contraception was able to, 79,000 women’s lives and 1.1 million infants’ lives could be saved in the developing world alone.

This International Women’s Day, Marie Stopes International is launching a campaign calling on world leaders to ‘Make Women Matter’. The United National General Assembly (UNGA) is due to meet in New York this September to decide what is to replace the Millennium Development Goals that were launched 15 years ago to tackle global poverty and inequality. Of the eight goals, the fifth, to reduce maternal deaths and achieve universal access to reproductive health, is the most off-track, and the UNGA is a pivotal opportunity to give these issues the central position they deserve. We are asking supporters to sign our petition calling for the next development agenda to deliver for women’s rights and empowerment by guaranteeing universal access to reproductive health and ending unsafe abortion.

I have seen for myself the devastating consequences when women are not able to freely decide if and when to have children. In the Philippines I met women who were more or less living hand to mouth and struggling to support nine or more children. For me as a mother-of-two who was able to choose when to have my family, it was a very stark contrast. Knowing what you want to give your children and what it takes mentally and emotionally, even with all the advantages we have here, really puts their situation in perspective.

But I have also been fortunate enough to see the positive ripple effect that access to contraception and reproductive health services can have, increasing opportunities for women, making them economically independent and leading to healthier families and communities. In Bolivia I met a woman with five children who had never used contraception before. I held her three-month-old baby while she had a tubal ligation and the relief on her face that she was able to have this done and have it done safely was incredible. This was going to change her life by allowing her to focus on the children she had without worrying about getting pregnant again and having more mouths to feed.

This Saturday may be International Women’s Day, but as far as I’m concerned with women like Melinda, Fahma and Grace, and those I met in the Philippines and Bolivia, every day should be a day we celebrate women.

Claire oversees the strategic and programmatic support to 18 country programmes across Africa and Latin America and has led significant expansion in the Africa region over the last five years.