What does the new European Parliament mean for women’s health? 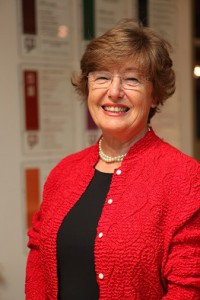 As the new term of the European Parliament meets for its first sitting in Strasbourg, France, this week we are delighted to present a guest blog by by Action for Global Health, based on an interview with Italian MEP, Hon. Pia Locatelli.

Right-wing populists have left many in Europe concerned over the place women’s rights will hold in the new European political landscape. By some estimates, ‘anti-choice’ representatives are in the majority with 389 versus 362 MEPs considered as being ‘pro-choice’. A significant 50 percent of the French centre-right signed the anti-choice ‘La Manif pour Tous’ pledge–  numbers that would have been unimaginable five years ago.

“I am a bit worried about the new parliament as the results show an increase of extreme right, xenophobic and, quite frankly, racist members of parliament. What we have done to fight female genital mutilation (FGM) can be at risk,” she says.

The veteran politician’s biggest worry is that women’s choices will become more limited in the new parliament, superseding the progress that has already been made. Her hope is that progressive female MEPs will mitigate the danger of women’s health and SRHR falling off the agenda, if not it could further cultivate a landscape of discrimination and inequality. This, she says, could breed more violence against women.

“There are 60 million girl brides worldwide. The fight against these child marriages has to go hand-in-hand with FGM because both are aspects of violence against girls and women. I hope progressive women in parliament will be able to keep the position and foster it,” she says.

According to the European Parliamentary Forum on Population and Development (EPF), there are at least 18 MEPs who have pledged their commitment to working on SRHR, HIV/AIDS and development (EPWG), which should be promising to those like Hon. Locatelli.

SRHR is the cornerstone of linking health to women’s rights, and these rights are both intrinsically political and social. Hon. Locatelli is concerned about the discussions at the Commission on the Status of Women (CSW) – particularly as countries, like Russia and China, wanted to include a paragraph recognising the historical, cultural and religious peculiarities of individual countries.

“Rights have to be protected and promoted regardless of the political, economic and cultural situation of a country. We appealed on the grounds of universal human rights and will have to go on defending the principle of universality and women’s rights, particularly SRHR.”

The importance of having women’s health as a stand-alone goal in the Post-2015 agenda is imperative, according to the award-winning politician, not least because policies impact women differently to men. The EU needs to further their commitment on development policies in the build-up to the MDGs deadline in 2015 if they are to effect change.

“How can you address the topic of maternal mortality and infant mortality without addressing SRHR? SRHR is at the heart of development, yet the topic was left out at the beginning of the MDGs,” she says.

For more information on SRHR, and what DSW is doing to make sure it is on the European and international political agenda, check out our website!