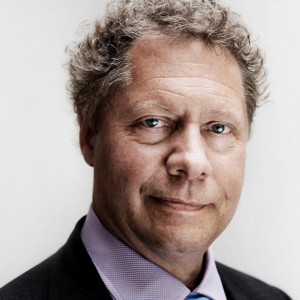 Occasionally we host guest editorials for partners and colleagues from across the global health community – here GAVI’s CEO Seth Berkley talks about the potential of vaccines to save the lives of children around the world.

Today more and more children across the world grow up healthier and without the threat of numerous potentially fatal diseases thanks to vaccines. Yet we still see 1.5 million children under five die each year from vaccine preventable diseases. Additionally, one out of every five children across the world does not receive a full course of even the most basic vaccines, let alone more recently developed ones. The overwhelming majority of children without access to vaccines live in the world’s poorest countries.

For this reason we at Gavi, the Vaccine Alliance, are targeting a major milestone for 2015 – a financial commitment from Governments around the world to ensure that children are reached with the power of vaccines no matter where they live. This is our best shot at reducing the 1.5 million deaths we see each year from vaccine preventable diseases.

The German Government and the German people have an important role to play in helping us reach our goal. On the 27th January next year, German Chancellor Angela Merkel will host an event in Berlin where donors, developing countries, vaccine manufacturers and others will come together to, we hope, make financial commitments to ensure Gavi-supported programmes in the world’s poorest countries are fully funded up to 2020.

Gavi is about impact and results. This is important at any time but even more so in challenging economic times. People rightly expect to know that funding committed on their behalf will make a difference to those in need.

A fully-funded Vaccine Alliance will enable Gavi to support countries in Africa and Asia to reach an additional 300 million children with vaccines between 2016 and 2020, and ultimately save between five and six million lives. But the impact goes even further than that. Healthy children are able to attend school, and in turn become adults who fully participate in society. Their families are not tipped into poverty by paying for health care costs or needing to stay home from work to care for a sick child.. We believe that acting now to sustain immunisation programmes would result in between US$ 80-100 million in future economic benefits.

Moving forward, we want to accelerate the pace of our work. We are currently preparing to support more than 150 vaccine introductions in 2015, compared to just 22 when I joined Gavi in 2011. This is part of our strategy to increase vaccine coverage in the world’s poorest countries, helping them to reach every child through immunisation.

We work with countries to support the sustainability of their immunisation programmes by encouraging accountability and ownership. This in fact arises naturally through of our co-financing policy, whereby all participating countries contribute increasingly to their vaccine programmes as their ability to pay rises. We project that for the five years from 2016 to 2020 developing countries will contribute a total of US$ 1.2 billion towards Gavi-supported programmes – almost tripling their contribution compared to the 2011-2015 period.

Eventually countries should sustain their programmes entirely independently. This gradual process creates buy-in and often helps create budget-line items for vaccines in cases where governments did not previously have them.

Gavi also has considerable vaccine purchasing power thanks to our mandate to help immunise around 60% of the world’s babies. This has enabled Gavi to significantly bring down the price of many vaccines, including a 37 per cent decrease in the cost for a Gavi-eligible country to vaccinate a child with pentavalent, pneumococcal and rotavirus vaccines since 2010.

Donor support, country commitment and sustainable pricing agreements will guarantee we can reach every child with vaccines for generations to come. I am excited that Germany has taken a leadership role culminating with the pledging conference in the vibrant city of Berlin on January 27, 2015. Germany is now more than ever a world champion, helping hundreds of millions of children lead healthy lives.