#16Days: Activism Against Gender Based Violence – despatch from Kenya 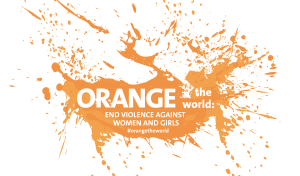 On the December 7, we supported the big county event at Mtomondoni Primary School which is one of the project schools with high school enrolment of both boys of girls of reproductive age. At least 450 participants attended, key among them being the County Director of Devolution and Planning-Kilifi, Youth officers from Kilifi and other partners. We also had media engagements which saw a lot of articles in the Nation Newspaper and Radio features on issues of Gender Based Violence in the Kilifi County.  One common thing that came out was that most young adolescents’ girls are denied opportunity to pursue their education especially after pregnancy and are married off while young to old men in the existing community.

For more information, please have a listen t the broadcast below (which is in Kiswahili) that went out on a local Kenyan radio station as part of the campaign:

Given the social cultural practices in some of the communities where Young Adolescent Project is, there is need for girls to be empowered. Violence against women and girls affects us all. It destroys lives and weakens the fabric of our society. As a population it takes a heavy toll on our communities and economy.

Investing in Girls: Did you know?

If you invest in an adolescent Girl, she will contribute to Economic Growth when she becomes a woman

There is need for an inclusive, sustainable and effective solutions to end gender-based violence. To do this, men must also raise their voices in equality and together we can make a difference both locally and globally. Let’s count on adolescents’ girls, let’s invest in adolescents girls, and et’s advocate for an adolescent girl.