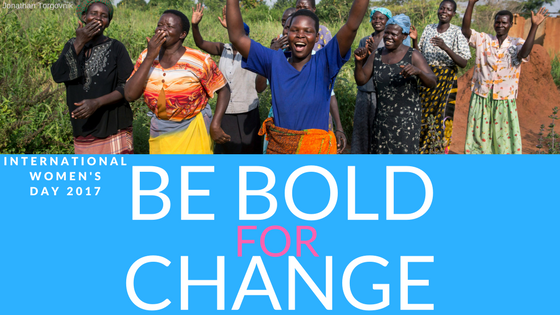 Today, on the occasion of International Women’s Day, DSW is standing behind women and girls world-wide as we call on government leaders and political decision-makers to recognise and correct the staggering levels of discrimination and inequality facing half of the world’s population.

Millions of women and girls living in low- and middle-income countries continue, to this day, to face extreme levels of discrimination and are denied their right to a better life. Correcting this is not only important to ensure that everyone, regardless of gender, has the ability to achieve their full potential, but it has been evidenced that when women and girls can exercise their rights to access to education, skills, and jobs, there is a surge in prosperity, positive health outcomes, and greater freedom and well-being, not only of women but of their families, communities and eventually, their whole society.

Here is the situation we need to change:

“When girls are well-educated and healthy, they can make a decisive contribution to the economic development of their own countries.” Renate Bähr, Executive Director, DSW.

Although these are real issues facing women and girls the world over, they are certainly more pronounced in countries with severe rates of poverty. We need world leaders to begin to take this issue seriously and start to make necessary changes in their home countries. We have listed possible courses of action for each of the above issues and have illustrated what the world could look like once equality has been achieved.  A better future and world is possible. But it is up to us, each of us, to make sure this happens!

A Brighter Tomorrow is Possible!

Sylvia is 14 years old and lives in Uganda. This short film tracks her hopes and dreams and explores what a difference having access to sexual and reproductive health and rights information, services and supplies can make in helping her reach her true potential.