It’s time for Europe to #TrumpetHealth! 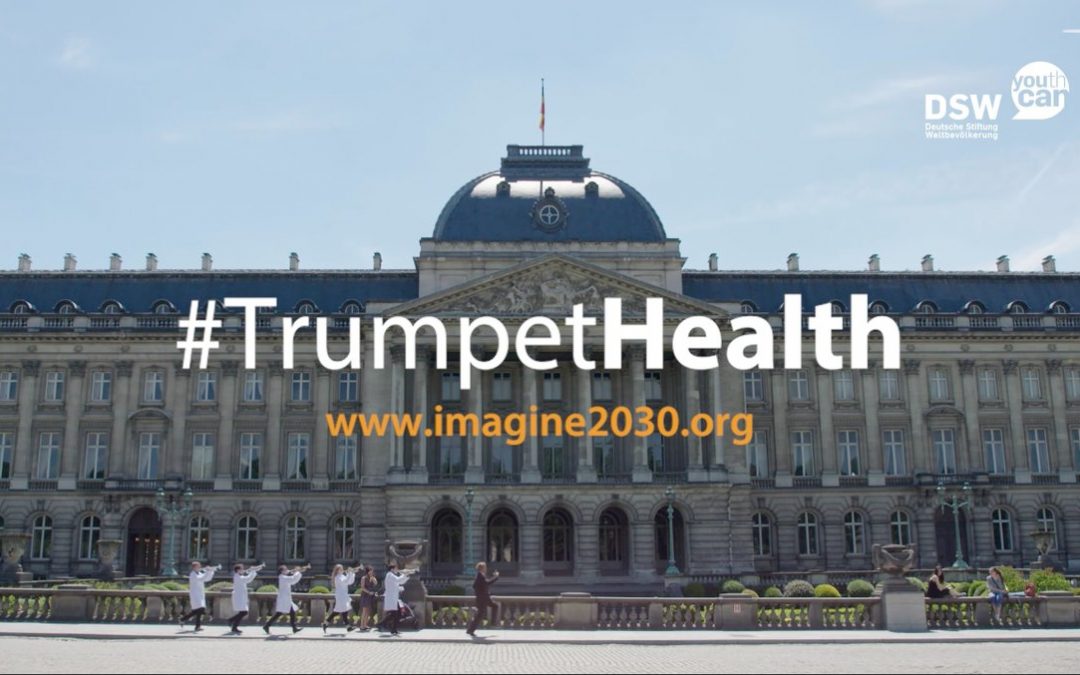 #TrumpetHealth – it is time for the EU to trumpet global health research funding – because if Donald Trump’s America won’t, Europe has no option but to lead on global health research. The Trump administration’s policies and funding priorities will mean a huge decrease in support for international organisations and programmes that are vital for global public health.

#TrumpetHealth – if US won’t, Europe has to

Even more damaging, the swingeing cuts that have been put forward by the Trump administration will threaten progress on efforts to achieve and end to the epidemics of HIV & AIDS, tuberculosis and malaria by 2030. In his most recent budget proposal, President Trump is threatening to cut funding for institutes and organisations that are vital to supporting the research needed to find new vaccines, treatments, and better diagnostic tools that are urgently needed to better fight against these diseases.

The disastrous expansion of the so-called “Mexico Policy” on family planning – also known as the Global Gag Rule” will be catastrophic  for efforts to make sure that every young man and women on the planet has access to family planning, reproductive health services, and the right to determine their health, the size of their family, and their reproductive rights. Its is expected that the expansion of the Global Gag Rule will jeopardise funding for organisations who are involved in making sure that people living in some of the world’s poorest countries will have access to life-saving medicines for HIV & AIDS, malaria, tuberculosis and many other diseases. 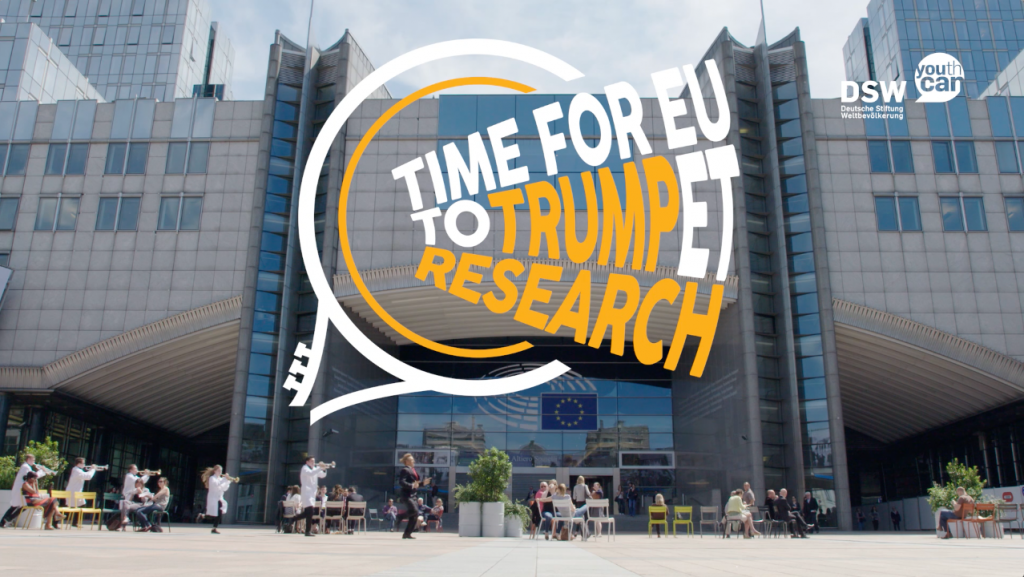 #TrumpetHealth – now or never for Europe

These moves are not only clear and imminent threats to US leadership on global health research, but given the US is by afar the world leader in this area, would hugely damage global efforts to defeat diseases of poverty. it is because of this that DSW and its Imagine2030 campaign is redoubling its call for the European Union to step up now and take its rightful position as a global leader on health innovation for diseases of poverty. As the world’s largest aid donor, and a leading centre of health research, It is time for the EU to demonstrate its commitment to global health, as we have been arguing since the Imagine2030 campaign was launched on December 1, 2016.

DSW is committed to a world without diseases of poverty by 2030. In order to end the epidemics of HIV & AIDS, tuberculosis, malaria, and neglected tropical diseases, we need new vaccines, new and better medicines, and improved diagnostic tools. We believe that, to achieve this, European political and financial support for global health innovation is crucial.  The Imagine2030 campaign is focused on raising awareness about this need in 2017 – and the disastrous policy decisions of Donald Trump make this even more urgent.

2017 – time for Europe to #TrumpetHealth, step up support for innovation

The EU is set to enter a period of reflection on where and how it allocates its seven year budget. This review will include an assessment of the EU’s investment mechanism for research and development, called Horizon2020. In addition to this, in late-2017 and 2018, the EU will start to work on the priorities for the next seven year budget cycle. We see this as an essential moment to raise awareness around this issue. In addition to being the world’s largest development assistance donor, Europe remains a leader in the global health innovation. EU programmes such as Horizon2020 and the European and Developing Countries Clinical Trials Partnership (EDCTP), have made huge strides in closing the innovation gap for global health. Europe is a centre of research excellence in this field. But we believe Europe can do even better. 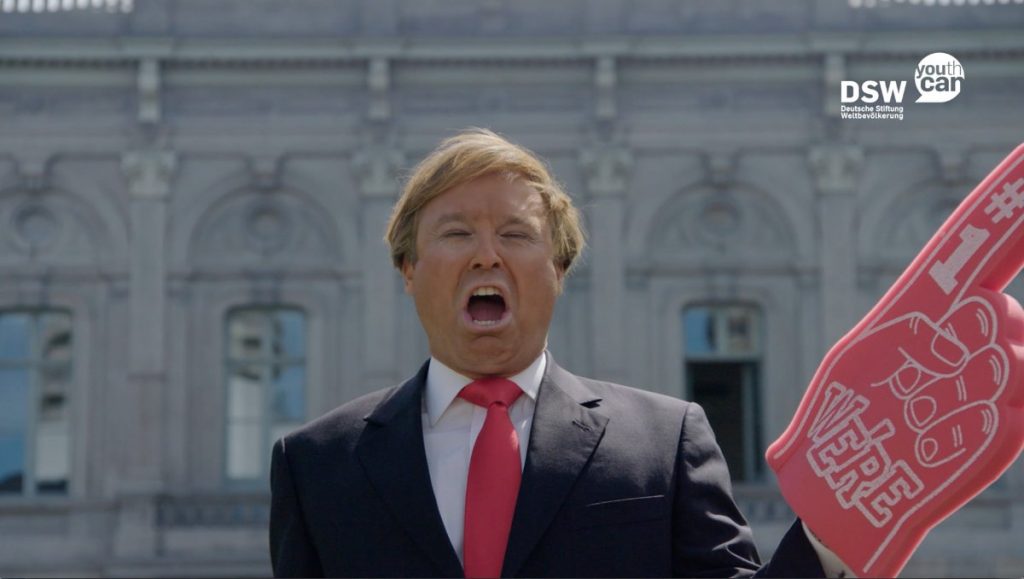 What can Europe do to #TrumpetHealth? A lot

As the EU reviews its research budget, we believe it must improve investment in three key ways. That’s why, as part of our Imagine2030 and #TrumpetHealth actions, we are asking for the EU to: 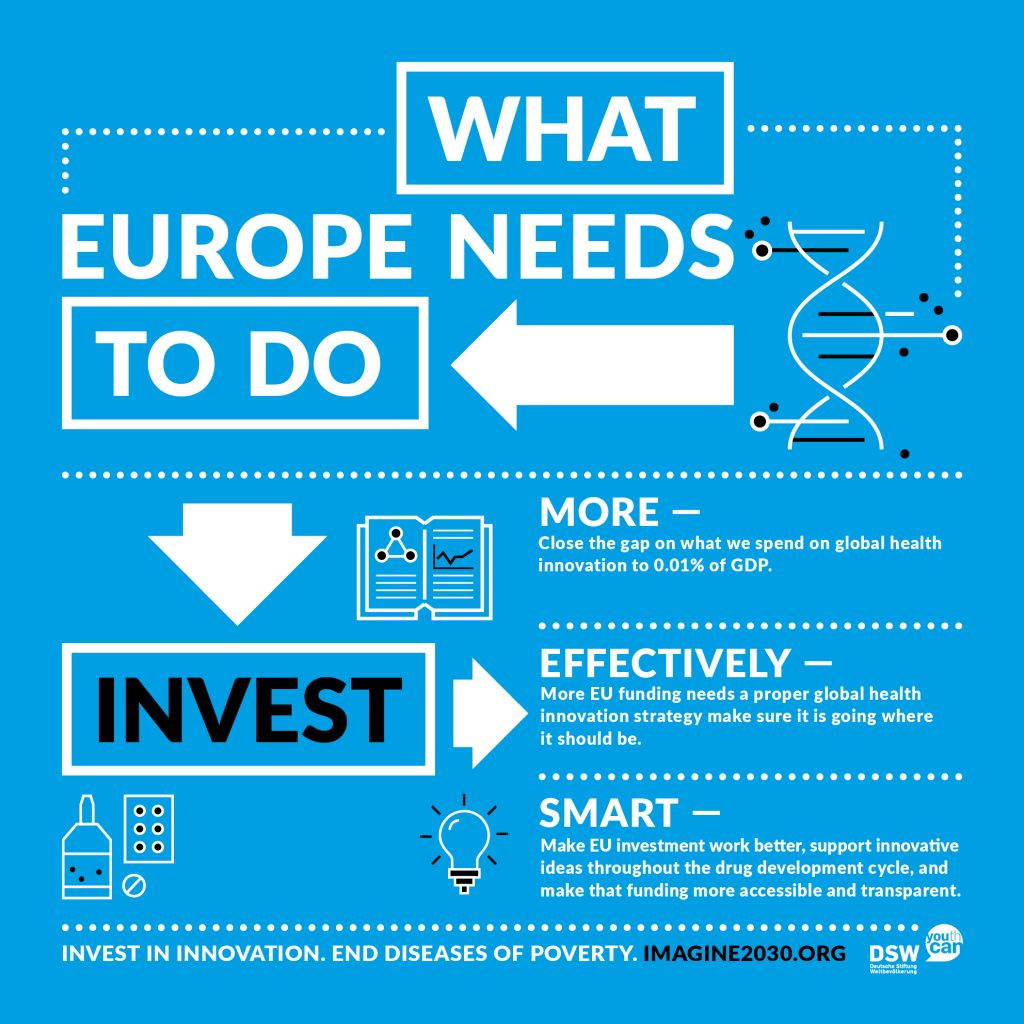 What is in it for Europe?

Supporting innovation to end diseases of poverty would first of all lift the burden of disease from millions of people living in countries of extreme poverty – a key objective of Europe’s global development agenda. However, there also economic returns on this investment that directly benefit Europe – and you too! For instance, for every one euro spent by the EU on disease innovation, a total of 80 cents is reinvested back into Europe – to laboratories, universities and companies. This greatly helps in delivering the objectives of driving economic growth, creating jobs and securing Europe’s global competitiveness. A case in point – EU investment in disease research between 2007 and 2014 directly created 10,000 jobs in Europe!

Want to find out more?

Deutsche Stiftung Weltbevölkerung (DSW) focuses on the needs and potential of the largest youth generation in history. We are committed to creating demand for and access to health information, services and supplies, and to securing their right for a brighter future. We achieve this by engaging in gender sensitive advocacy, capacity development, and family planning initiatives. With our headquarters Germany, DSW maintains offices in Ethiopia, Kenya, Tanzania, and Uganda, as well as liaison offices in Berlin and Brussels. DSW also advocates for investment in research and innovation to fight poverty-related and neglected tropical diseases.