These people will give you hope and inspiration: meet activists from the European Development Days 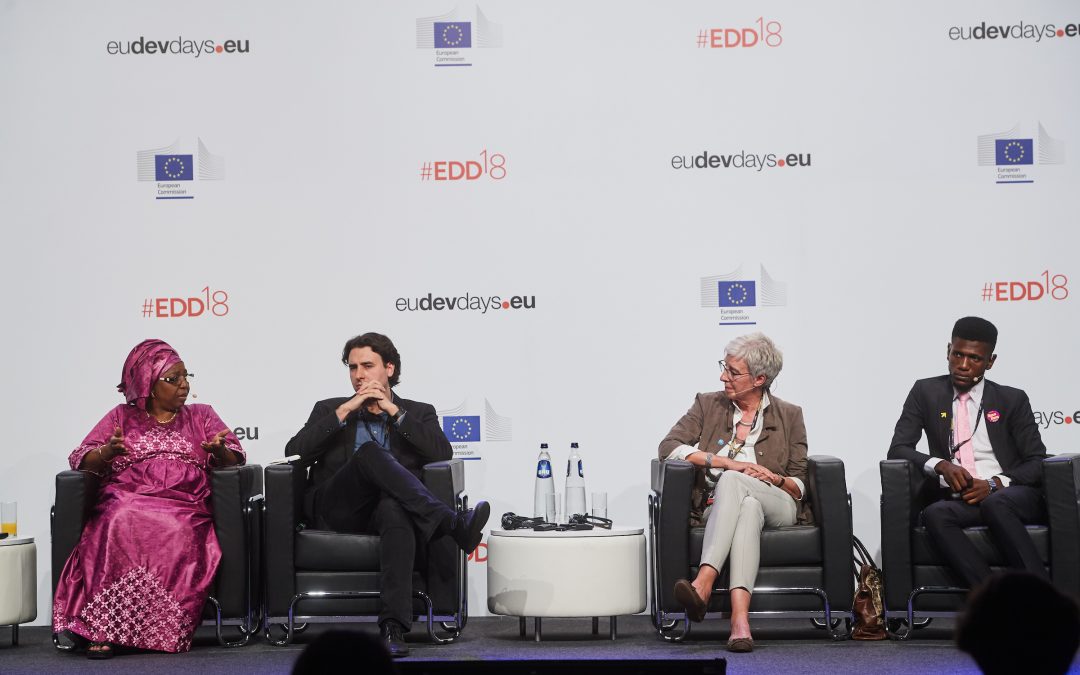 What can you learn from a 78-year-old Peruvian activist, a young biomedical scientist from Nigeria, and a child marriage survivor from Uganda? At the European Development Days, we talked and listened to them to find out.

While others retire, Lucinda Terrazas is busy building her dream.  The 78-year-old Peruvian is a key figure in the planning process of an inclusive park in her neighbourhood at the outskirts of Lima. Worried about a vacant lot that was used for nothing but illegal waste disposal, she brought members of her community together. Using the video game Minecraft as a model, they planned a park suitable for all age groups and genders. “The space doesn’t define you. You define the space”, says Lucinda, lovingly nicknamed Mamá Lucinda. To reach her goal, she has worked with several foundations, as well as digging the soil herself.

At the EDDs 2018, she spoke at a panel titled ‘Shaping Inclusive Public Spaces’.
‘When spaces in vulnerable neighbourhoods are funded and constructed, it’s mostly football fields. But not everyone plays football. We need a space that allows diverse people to meet and share time in the vicinity’.

Lucinda’s park has benches, flowers, playgrounds. Once it is completed, her work will always be remembered: the park will be named after her – Parque Mamá Lucinda.

Hope’s eyes still glow when he tells about his best friend in school, Martha, an eager student sitting next to him, passionate about science just like him. But one day, her seat stayed empty.

‘When we were 15, Martha died after having undergone an unsafe abortion. Had she had access to comprehensive sexuality education and contraceptives, she would still be alive, working in a similar job to mine’, says Hope Jeremiah, a biomedical scientist.

In the following years, Jeremiah heard innumerable stories like Martha’s – an estimated 95 girls per day lose their lives to unsafe abortion in Nigeria. As a man, he is determined to do right by women and refuses to ignore that they are being denied fundamental rights and access to health care and information. Whenever he can, he travels to events to debate sexual and reproductive health with representatives of the development and private sector. At the EDDs, he was part of the High Level panel ‘No health without rights’, together with DSW’s Executive director Renate Bähr. The panel discussed gender equality, family planning, and SRHR, and analysed new findings of the Guttmacher-Lancet Commission. 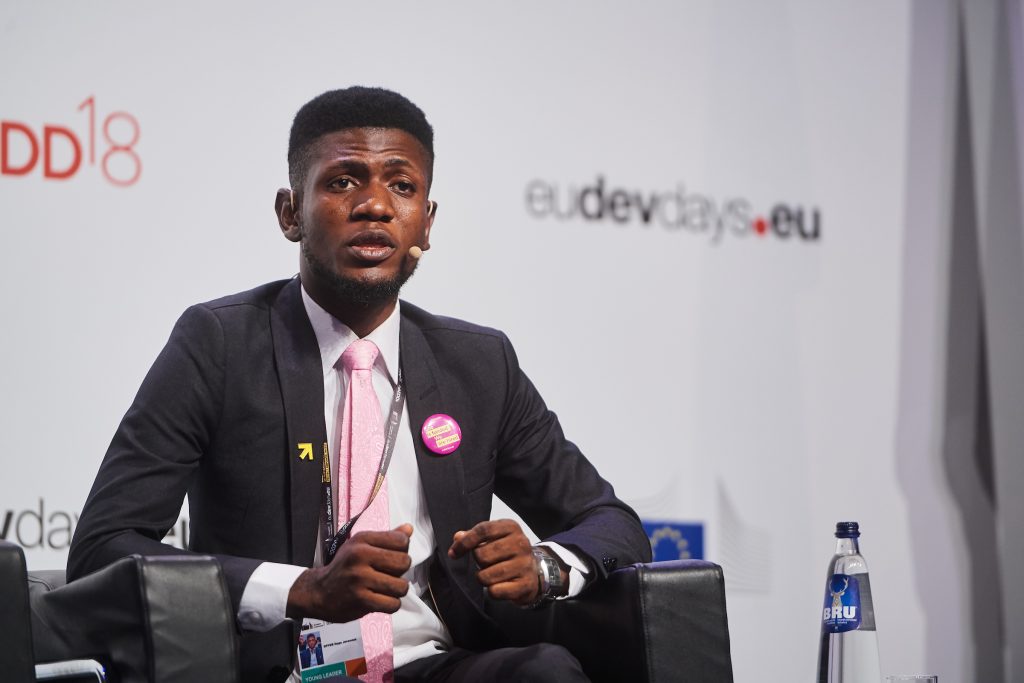 25-year-old Agnes, who prefers not to have her surname published, is a Youth Leader for World Vision. She is a survivor of child marriage, and is now a leading activist working against domestic violence, early forced marriage, and inequality in her community.

In my country, women have good rights legally, but we face challenges in implementation, says Agnes. Traditionally people think that girls are just meant to be for dowry, to make money, so when you are 15 or 16 they think you are old enough to get married. Lots of people don’t send their girls to school because they think they will just get pregnant or married early and not finish anyway, so it’s a waste of money. I know some twins, boy and girl, and the family could only afford to send one child to school, so they chose the boy.

Previously, in my community, there was a lot of domestic violence, until maybe 5 years ago. Then we started a campaign to end GBV, supported by lots of different organisations. There’s been a real reduction in domestic violence. We use music, dance and drama methods with the whole community, not just women. We have a youth group who work with the community doing theatre work such as roleplay, like ok, you’re Agnes’ dad and you’re sending her to get married. People come to do something different, to have some fun. They really enjoy it and always ask us when we are coming back!