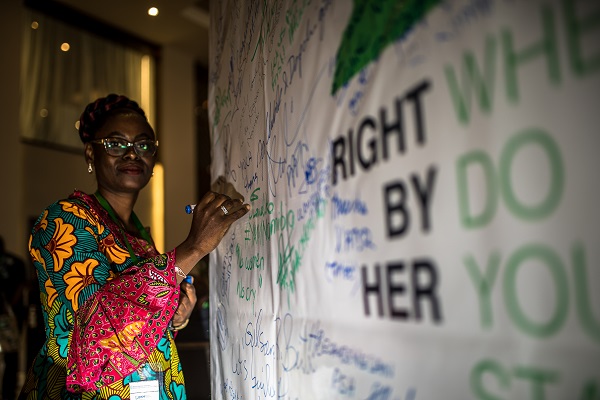 No Woman No Cry: improving the situation of women was the main goal of the Africa Regional Dialogue 2018. More than 150 state and non-state actors united in Nairobi to discuss a new in-depth report, titled ‘State of African Women’. Focusing on 4 rights areas, the report is the informative key piece of the #RightByHer communications campaign. View the best moments of the #ARD2018, and find out what Bob Marley has got to do with it… 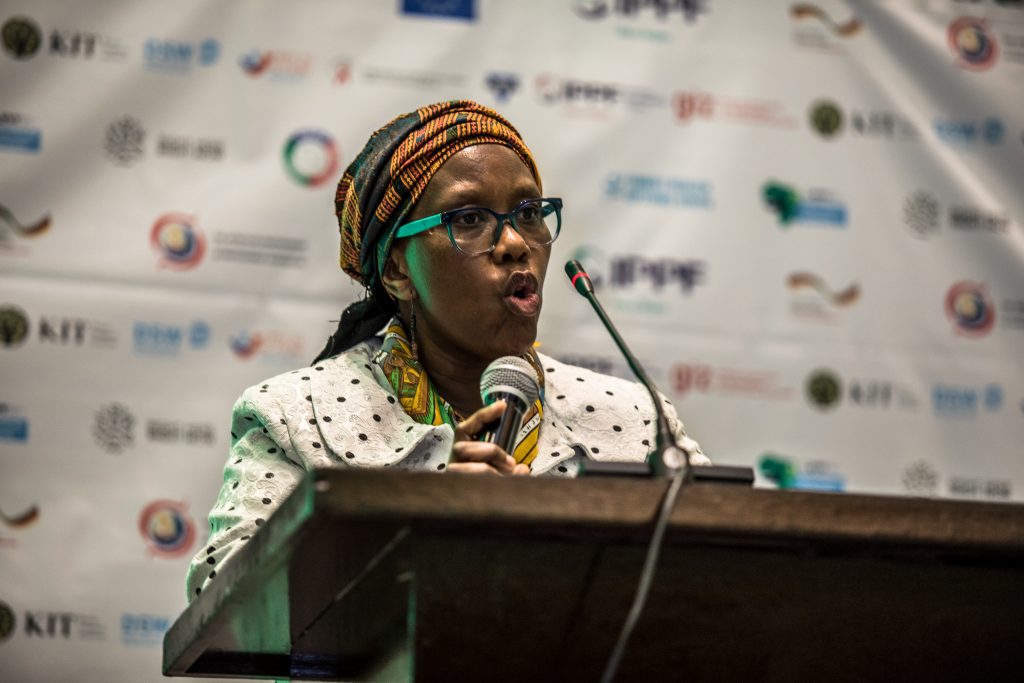 “We have to make sure to leave no one behind, to take these findings seriously. And we need them to translate into practice”, said Ms Keiso Matashane-Marite from the Economic Commission for Africa. The event attracted numerous high-level speakers from Africa and Europe who delivered talks or discussed in panels on stage.

2) Lively twitter discussions
Participants made quite some twitter noise under the hashtags #rightbyher and #ARD2018. The conversation continues under #rightbyher – we invite you to add your voice!

Today, the Africa Regional Dialogue #ARD2018 began with the launch of the State of African Women Report. From the key findings, it is clear that we ALL need to stand together for gender equality! #rightbyher pic.twitter.com/bSB9IA3QTG

It's our time to Act Now… To ensure that No Woman is Left Behind. Guiding principle the regional dialogue by @IPPFAR on State of the African Woman #SRHRDialogues #RightByHer

On FGM, the report noted that, FGM is concentrated in 27 African countries. In 13 countries, over 50% of girls & women have undergone FGM. Fifteen countries do not prohibit FGM. Public education is key to eradicating FGM. #rightbyher @RAkufoAddo @Atayeshe @MoGCSP_Ghana @Abena1272 pic.twitter.com/N2XvmNO4KJ 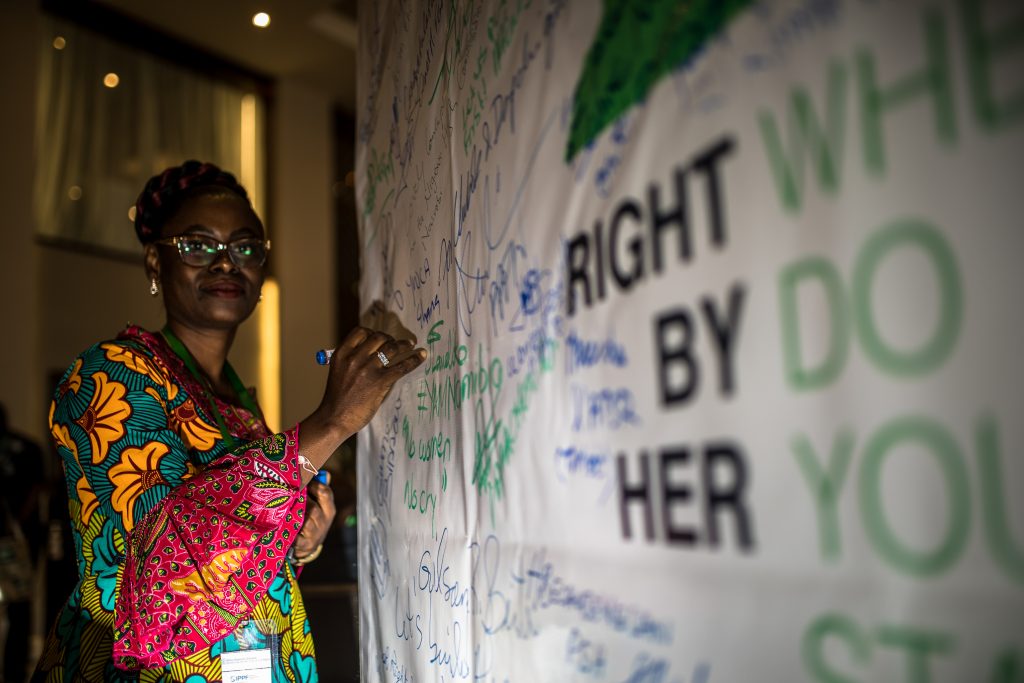 Around 150 people from the non-governmental and governmental sectors travelled to Kenya from all over Africa, Europe and Asia to discuss the key findings of the report. It focuses on four areas: sexual and reproductive health and rights (SRHR), gender-based violence against women (GBVAW), Harmful Practices (particularly Female Genital Mutilation and Early & Forced Marriage), and HIV & AIDS. On the 15th birthday of the Maputo Protocol, the report notes that gender equality in Africa is an unfinished business. Attendees at the event proudly committed to translating the report into practical advocacy work. 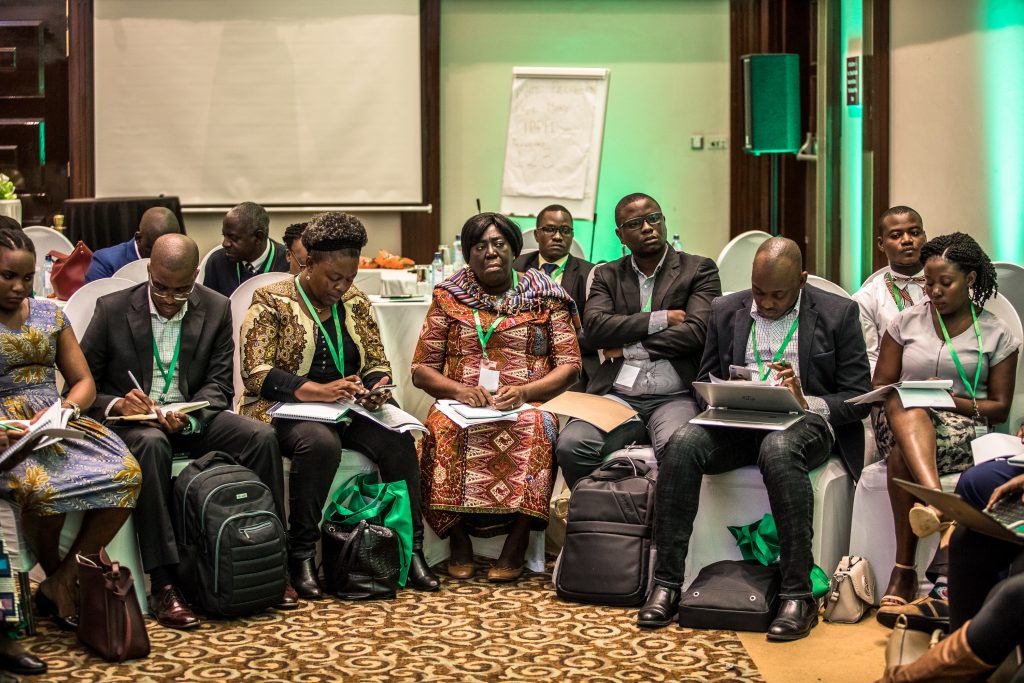 4) Intensive group sessions
In working groups, participants jumped right into exploring the report. The report analyzes numerous successful case studies of the last years, while noting that the overall gap between policy and reality remains big. Organized by key topic and language, the groups worked on drafting solutions to this challenge… 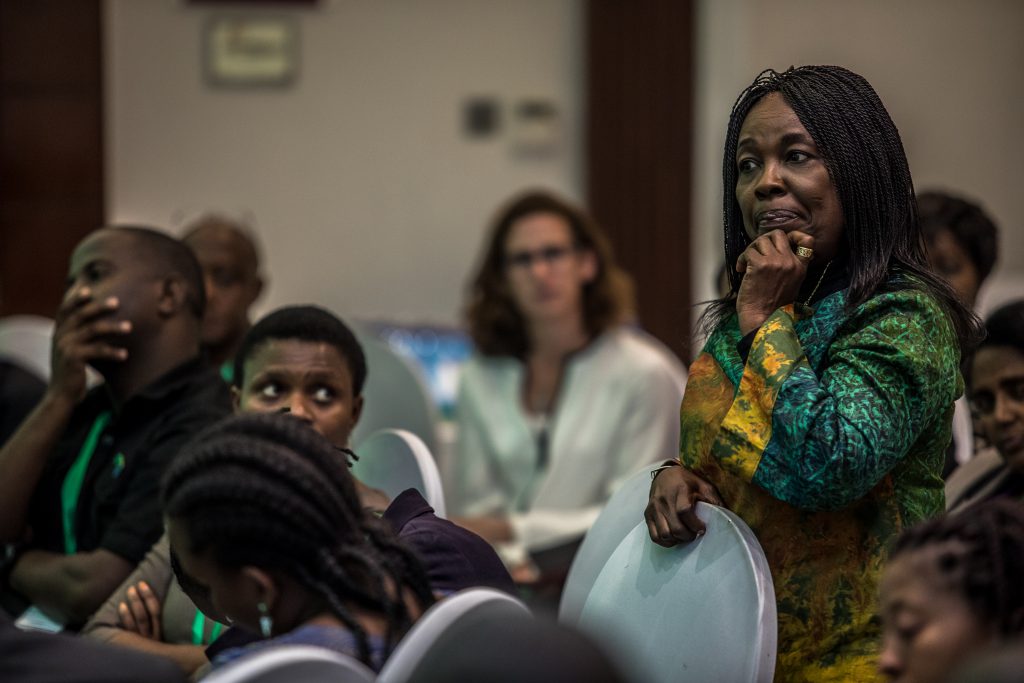 … and presented them on stage. Concerned and attentive faces were often seen at this gathering of truly committed people, thirsty to learn from each other.

5) Bob Marley’s role in the launch

Still, there was enough room for laughter and fun, like the moment of the launch celebration. When the sound of Bob Marley’s ‘No Woman No Cry’ filled the hall, everyone started to dance and smile. Researchers, contributors and supporters of the report gathered around a decorated mega version, cut the ribbon and signed it with hopeful messages for the future.

The full digital version of the State of African Women report, as well as all individual chapters, will be uploaded to the #RightByHer website soon.