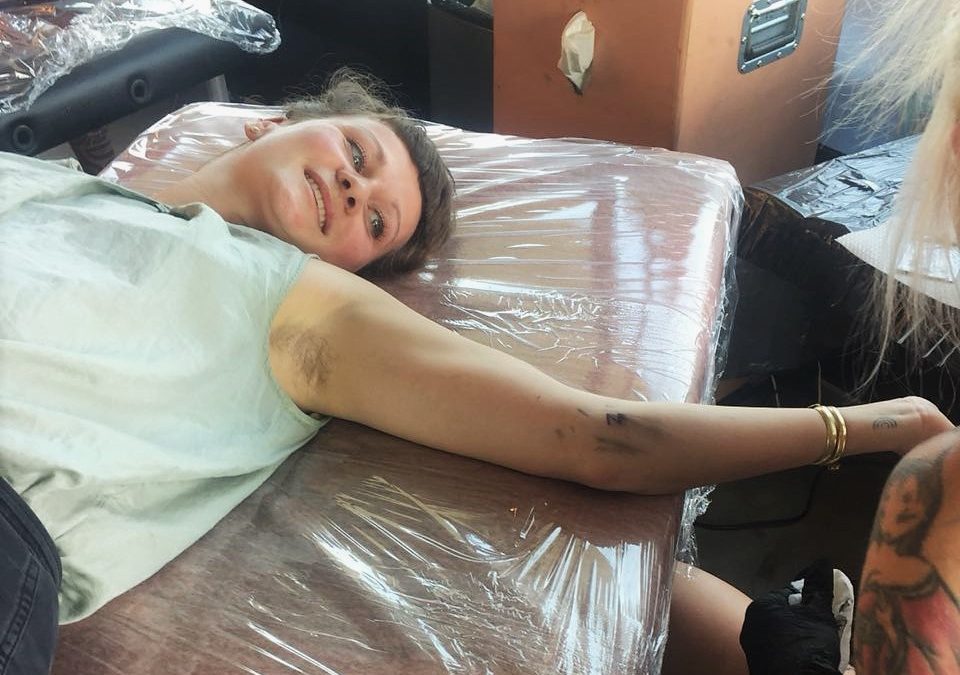 We guess you know and support the Human Rights Declaration – just as we do. But have you ever thought of getting tattoed a piece of it? DSW’s Advocacy Officer Marietta Wildt did exactly that, at an international conference. We interviewed her to find out more…

Marietta, please explain to us: what is a Human Rights Tattoo?!

I heard about it for the first time when I read the programme of the international AIDS Conference 2018 in Amsterdam. There was a side event called Human Rights Tattoo. It is a long-year project started by a visual artist collective to raise awareness for human rights. The aim is to tattoo all 6773 letters of the Human Rights declaration on 6773 people, letter by letter, from beginning to end.
My colleague Shane was really excited by the idea, and since I was going to the conference anyway, he nominated me to get tattooed.

Why would you need a nomination for a tattoo?

Every person needs to get nominated by friends and colleagues to demonstrate that they have been making significant efforts to advance human rights. I’ve been working in the sector for a decade, starting with activism for youth and education, sustainable energy, and then got very involved with LGBTIQ rights and grassroots organizing… now, at DSW, I fight for access to SRHR. So it really makes sense for me. Still, when I got an e-mail saying ‘you got selected’, I was taken aback: somehow I hadn’t fully expected it! 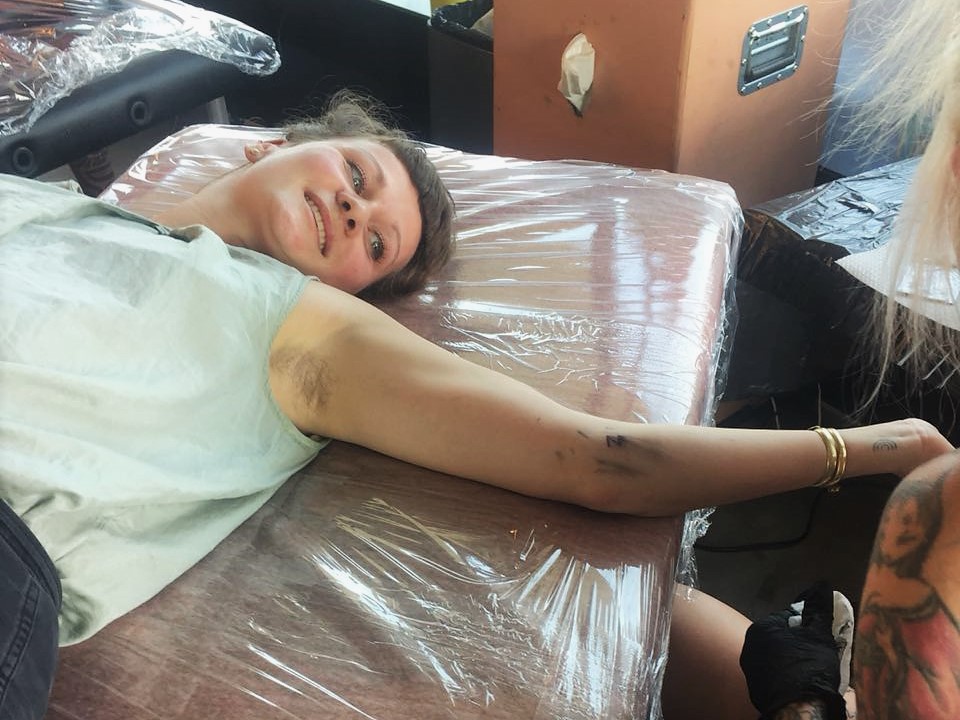 Did you doubt going through with it?

I didn’t really doubt the idea, but it did not seem quite real: being at a huge conference with all its panels, high-level discussions, having to be professional 24/7… and then just get tattooed in the middle of that. I went to the side event with some of my more conservative friends, and they were like, wow, are you really going to do that? And I thought, yeah! I can do what I want, I have full ownership of my body. That felt very empowering.

Was it your first tattoo?

No, it’s my fourth. But for a lot of people, the Human Rights Tattoo is their first. By now, around 3700 people around the world have been tattooed with a letter of the Declaration. In Amsterdam, they tattooed around 50 people in the A’dam Tower. On the top floor, they had set up a pop-up studio. We were sipping wine with a spectacular view over the city, all a bit surreal.

This sounds like fun. But does it also have a real impact?

It is definitely a great conversation starter. Since I got the tattoo, I talked to far more people about the Declaration than I usually would– both in professional and in private context. People ask what the tattoo means, and suddenly you end up in a profound conversation about human rights. The tattoos also create a strong sense of community. Since the initiative is touring the world, finally, there will be 6773 people all over the world who share this commitment to human rights, and we all have a puzzle piece on our skin. I love that thought! 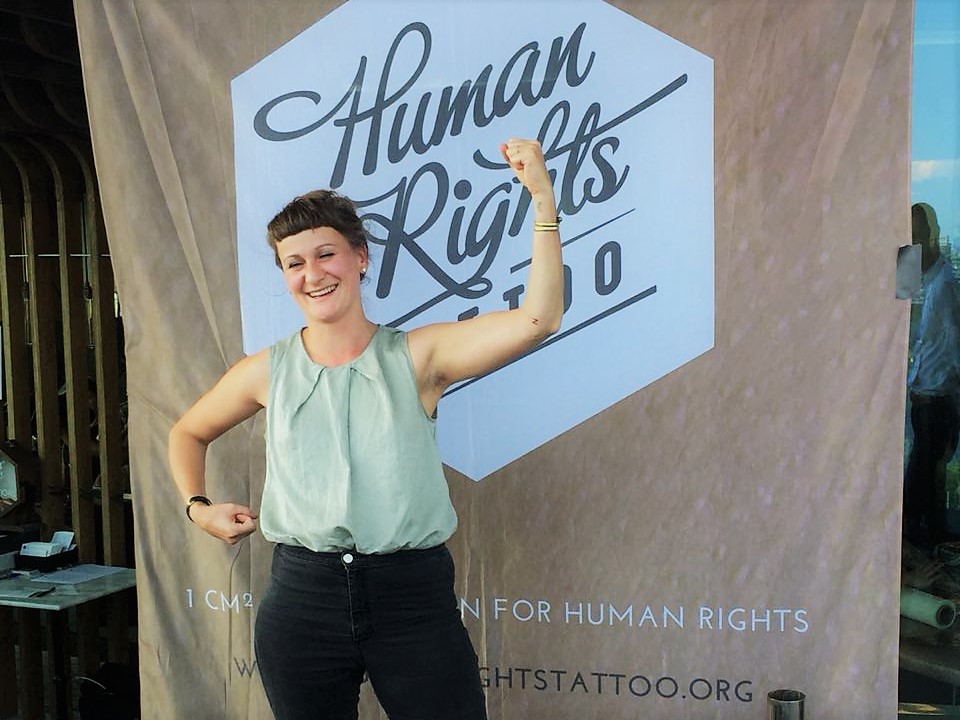 So, to which part of the Declaration does your tattoo belong?

It’s part of article 21, about the right to vote, access public services and take part in the government of your country, which I think is beautiful. Although, I would have been happy about any letter of the Declaration: all of it truly matters to me.