‘I Am Greater Than HIV’. An Interview with Doreen Moraa 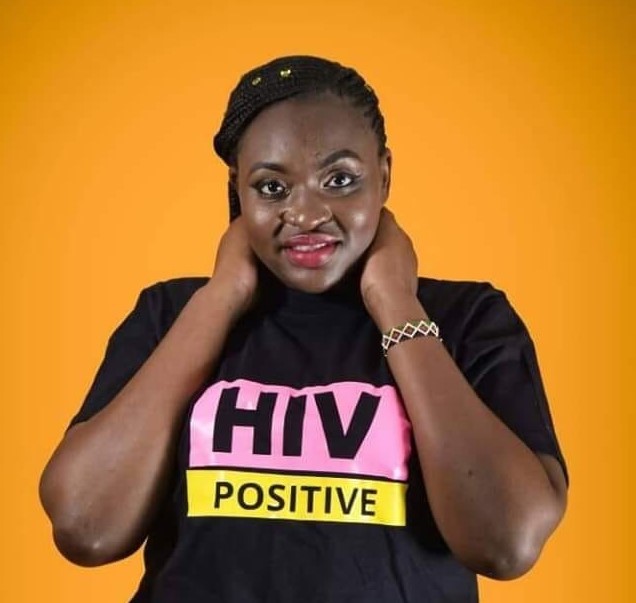 With a recent study showing that men whose HIV infection was fully suppressed by antiretroviral drugs had no chance of infecting their partner, it would be easy to think that the hard work in overcoming the HIV epidemic is over.

However, as the ‘State of African Women’ report, published in 2018, shows, there is a still some way to go when it comes to education, testing and treatment of HIV & AIDS in Africa.

In order to get closer to the issue, we spoke with Doreen Moraa, a young woman who is HIV positive, but who is in no way defined by her diagnosis. Coming from Nairobi, Kenya, she has a fast-growing social media following, a clothing range and is clearly thriving despite her diagnosis. In her own words, she says that ‘I have to live life positively and I have to remind myself that I AM GREATER THAN HIV.’

Despite her positivity, it is clear that there is still a way to go in terms of educating people about HIV & AIDS. When asked how attitudes need to change in Kenya specifically, she says that ‘most people in Kenya view HIV as a death sentence. Most people think they have all the information about HIV and so they don’t want to listen to anything you have to share regarding HIV, even though most of the information they have is wrong…. I have had people question my HIV status citing that I don’t look like I’m HIV positive but that is because they don’t know that antiretroviral drugs can restore one’s health completely.’

Even Doreen herself, says that before she was disclosed to, she thought ‘that it was a disease for promiscuous and immoral people and that if I stayed unmarried, I would never get it.’ Of course, the reality is different, as Doreen herself found out in a steep learning curve. HIV is transmitted through the exchange of bodily fluids from infected individuals, such as blood, breast milk, semen and vaginal secretions. HIV can be prevented through a number of way as, one of the main ones being use of contraceptives in sex, but of course, without access to sex education and family planning services, understanding of this is limited. As the State of African Women report found, nearly a quarter of all women in Africa do not have access to contraception at all.

Doreen found out the hard way that lack of understanding can mean that people with HIV are stigmatised, explaining that she has experienced a lot of cyber-bullying online. ‘I have been body shamed because of a side-effect of antiretroviral treatment that left my legs looking thinner than the rest of my body. Some people say I’m cursed’. However, there have been some positive outcomes for Doreen, who said she has ‘reached places i would only imagine and have met people I could only see on TV’ since revealing her status and embracing it positively.

We asked Doreen what she think needs to be done to improve understanding of HIV & AIDS in Kenya. ‘In my opinion, more advocacy is needed and more facts concerning HIV should be put out there starting from grassroots in barazas, roadshows, schools, universities and also media engagement to break the myths and misconceptions.’

Education is all the more important as one of the keys to stop HIV spreading is ensuring that people are tested, are receiving adequate medication and know how to prevent passing on the disease. Given that in Central and Western Africa, only four out of 10 people with HIV know their status, there is still some work to do in ensuring people get tested. The State of African Women presents a number of recommendations as to how this can be accomplished

To finish our interview, I asked Doreen what she would tell someone who was just diagnosed with HIV, to which she responded with characteristic enthusiasm:

“You are now an awesome host to a small virus – don’t give it power over your life……YOU ARE GREATER THAN HIV. I have done it for 26 years you can do it to……just accept your status and adhere to your antiretroviral treatment”.

Thank you to Doreen for your enthusiasm, openness and for answering our questions. You can follow her on Instagram here:
https://www.instagram.com/doreen_moraa_moracha/?hl=en