Learning About Violence Against Women and Girls in Conflict Zones. 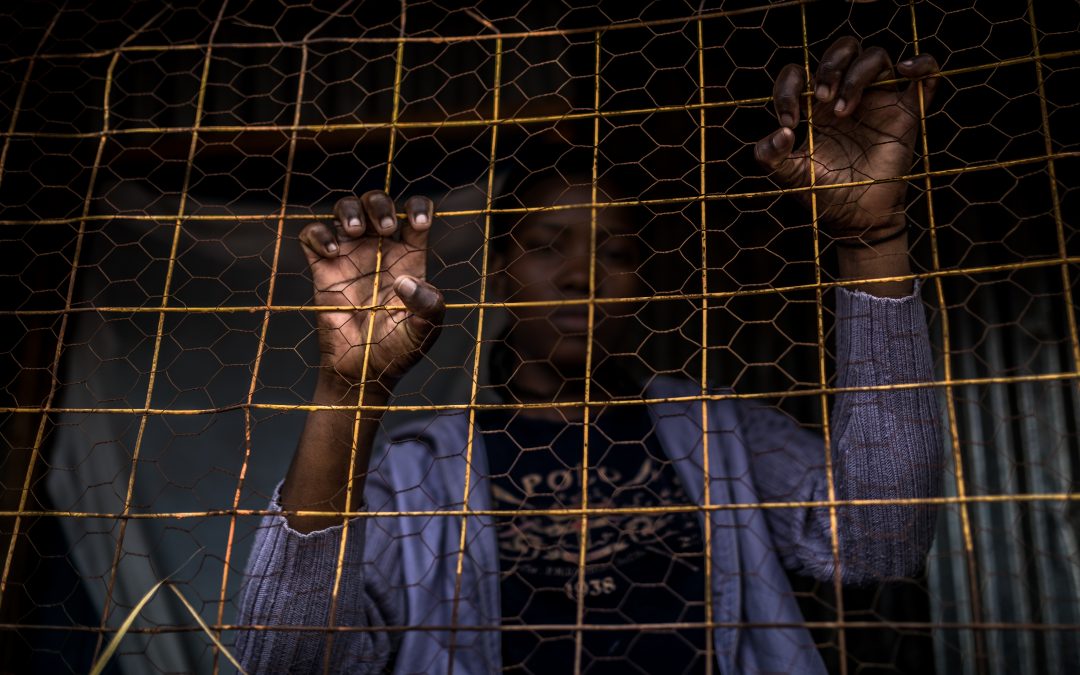 Warning: This article covers topics that may be disturbing or upsetting for some readers. Reader discretion advised.

The Right By Her campaign is a coalition of 8 partners, working across Africa to make women’s rights a reality. It is a huge remit, and with every rights area as important as the other, it is easy to overlook the intricacies of each one. That’s why we like to use the blog to explore each rights area and the realities that women are facing day to day in Africa.

Today, we will look at violence against women in the context of insecurity and war, which comes as just one part of ‘Gender Based Violence Against Women’ Rights area that the project is working on.

In and of itself, violence against women in conflict is an enormous topic, and one that is sadly often overlooked as the ‘collateral damage of war’, overshadowed by the macro analysis of the politics of war. However, the scale and depth of the topic cannot be understated; an issue that not only affects women and girls in conflict, but that pervades into the aftermath of conflict and long into their futures.

It is sadly, often sexual violence that women and girls exclusively suffer in such contexts, as a means of their enemy exerting power and instilling fear in their victims. Rape, gang rape, forced marriage, sexual slavery, sexual mutilation, forced prostitution, trafficking are all forms of violence that have been reported as ‘tools of war’.

The Rwandan Genocide of 1994 increased global awareness of rape and sexual violence in conflict, with an estimated 250,000 women raped over a period of only three months – “virtually every adolescent girl who survived an attack by the militia was subsequently raped.”

It could be argued that this led to some form of progress, with the Rome Statute acknowledging rape and sexual violence as forms of genocide in 1998, followed a decade later by the U.N. Security Council adopting resolution 1820, which noted that “rape and other forms of sexual violence can constitute war crimes, crimes against humanity or a constitutive act with respect to genocide”.

However, the difference between defining sexual violence as a war crime and punishing it are vast and the challenges of the latter are still to be overcome…

“Rape is one of the most underreported war crimes that there are. Women, if they survive the attack, rarely tell anyone else. We only hear of the most brutal incidences or the public ones that the whole community sees.”

Pablo Castillo-Diaz, a specialist on sexual violence in conflict for U.N. Women, the U.N. agency tasked with issues of women’s equality, protection and empowerment.

Sexual violence as a war crime is being covered more than before, with extensive reporting on the more recent cases of Isis’s enslavement and systematic rape of Yazidi Muslim women in 2014 (3000 are still missing) and the systemic use of sexual violence on Rohingya women and girls by Myanmar’s troops in 2016/17.

However, as Castillo-Diaz implies, in many cases, women will avoid reporting sexual violence in a bid to avoid the potential stigma that she will become the victim of if her community finds out, adding an extra power to the attackers. Even with increased reporting in global news, the fact remains that in the majority of cases, the individuals committing the crimes are able to remain anonymous, protected by their national military status, the nation itself often denying culpability for decades after the conflict ends. Myanmar’s current denial of crimes against Rohingya is a sufficient example.

As Zainab Bangura, the U.N.’s special representative on sexual violence in conflict said in her recent interview to the UN:

‘Most governments find it hard and are reluctant to be able to own up that these kinds of crimes have been committed, and invariably by their own military and police’

And with 8 conflicts currently ongoing in Africa, 3 of which are worsening, the issue is still very current. Over the past decade of conﬂict in the Democratic Republic of Congo, at least 200,000 women have been raped and in the current conflict in Libya, there have been reports this year on rape being used as a weapon of war.

“Rape is a weapon even more powerful than a bomb or a bullet. At least with a bullet, you die. But if you have been raped, you appear to the community like someone who is cursed. After rape, no one will talk to you; no man will see you. It’s a living death.”

Jeanna Mukuninwa, a 28-year-old woman from Shabunda, in the Democratic Republic of Congo.

One of the tragedies of such crimes being committed is not only the lack of culpability, but the long-term repercussions of the crime on every aspect of their life, and often the duration of the suffering that they experience. Mary, a member of the Nuer tribe in South Sudan, and a survivor of the conflict between the Dina tribe and Nuer tribe, saw her sons and husband killed and was forced to watch while her 10 year old daughter was repeatedly raped, dying soon after in front of her mothers eyes. Mary, then transported to a UN camp for displaced people, was then raped her self regularly by soldiers who would slip into the camp through holes in the fence. Mary was there for one year. Finally she left to Juba, but by this stage she was pregnant from one of the men who raped her:

“I had nothing. No family, no income. I was thinking, ‘How will I be able to take care of a child that reminds me, every time I look at its face, of what happened to me in the camp.”

Mary’s story is not uncommon. She started a new life, as many women have to do. Not only is the issue that often their families have died, but also there is often a stigma attached to the women in their return to their communities. For example, those Yazidi women who have borne children to their ISIS attackers and managed to escape have struggled to return to their community. Although Hazem Tahsin, Head of The Yazidi Supreme Spiritual Council has called for “accepting all survivors [of Islamic State rapes] and considering what they went through to have been against their will”, he has ruled that children of these abused and traumatised women cannot join the community. The story is similar in Nigeria, where those girls who were released by their kidnappers and enslavers in Boko Haram, made famous with the viral hashtag #bringbackourgirls, are now struggling to reintegrate into their communities.

Where To Go From Here?

It is perhaps no panacea that will fix the problem, but there are ways in which progress can be made. UN refugee agency special envoy Angelina Jolie, who has famously campaigned to raise awareness of the issue of sexual violence in war, has promised a number of UN-backed solutions in both her speeches and articles, calling on the international community to work together to employ more women troops, gather more evidence against such crimes, improve monitoring and strengthening the voices of survivors.

At Right By Her, we are working hard to highlight the issues to decision makers in both the African Union and the European Union through our State of African Women report. The report highlights the gaps between what women’s rights were promised when the Maputo Protocol was endorsed by 51 of 54 African governments 15 years ago are, and the realities that they face today. Chapter 5 focuses on Gender Based Violence Against Women and naturally looks at the situation of violence against women in conflict.

A series of articles in the Protocol clearly commit to protecting women in conflict areas. Art. 11 (on protection of women in armed conﬂicts) requires state parties to ‘protect civilians including women, irrespective of the population to which they belong, in the event of armed conﬂict’ (Art. 11.2) and ‘protect asylum seeking women, refugees, returnees and internally displaced persons, against all forms of violence, rape and other forms of sexual exploitation’ (Art. 11.3). However, as we have seen, there is a long way to go. The report explores each area of Africa, assessing the situation and highlighting key gaps and contestations in each. Our consortium of 8 partners are campaigning to decision makers primarily in the European and African Unions to make sure that what was promised is honoured across Africa, as well as training civil society organisations work towards their goals more effectively.

Perhaps the most fundamental shift in attitude that can act as a catalyst to fundamental change in this particular area was articulated by Zainab Bangura, the U.N.’s special representative on sexual violence in conflict, where the International Community accepts that sexual violence in war is not just a “second-class crime that happens to second-class citizens”, but a heinous and punishable offence.