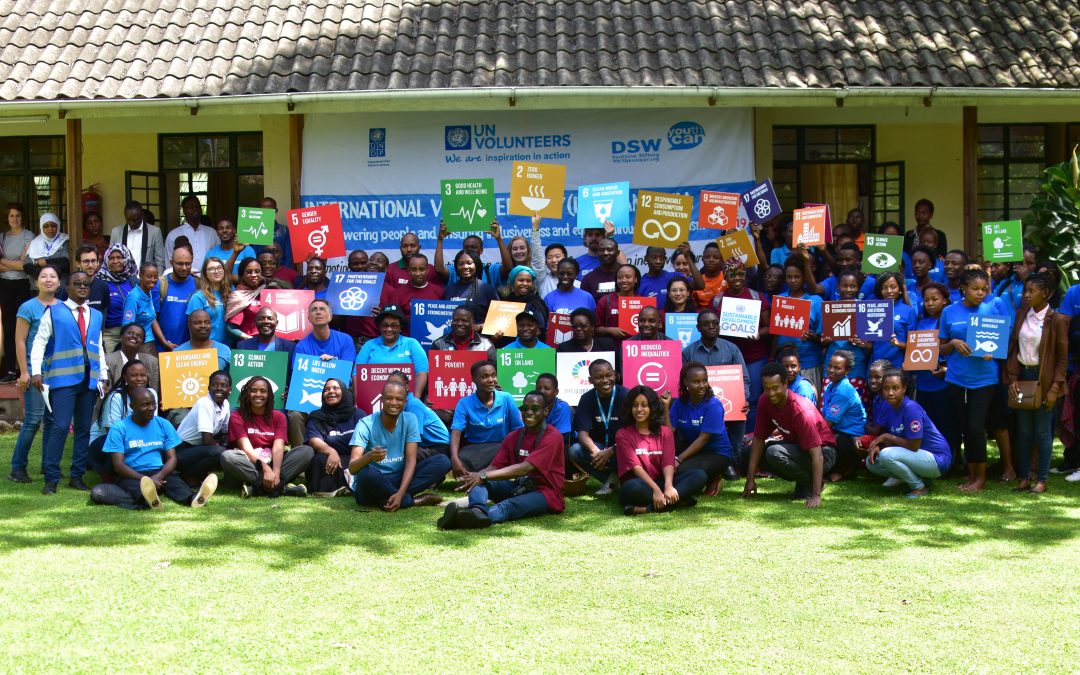 United Nations reports indicate that progress in achieving the Sustainable Development Goals (SDGs) is slow, with developing countries facing an average annual funding gap of about 2.5 trillion USD. Volunteers make up a critical human capacity resource that help close this gap. However, despite their selfless actions, volunteers have been under-valued, unrecognised and unaccounted for for several decades. The 2030 Agenda presents a plan of action for the UN member states to integrate volunteerism into their peace and development plans. Development, peace building and humanitarian actors are encouraged to form relationships with local communities that link priorities on the ground to wider systemic efforts. Actions of volunteerism needs to be reinforced to implement the SDGs.

The International Volunteer Day (IVD) in Tanzania was held at Arusha on December 5, 2019 under coordination by the United Nations Volunteers (UNV) and co-hosted by DSW Tanzania. The event brought together volunteers through support and cooperation of governmental and non-governmental organisations, volunteer-involving organisations, community volunteer groups, volunteers from UN agencies, as well as individual volunteers. The event celebrated volunteer achievements in fostering change and showcased the immense value of volunteering through different activities. The theme of IVD 2019 is “Empowering people and ensuring inclusiveness and equality through volunteerism”. 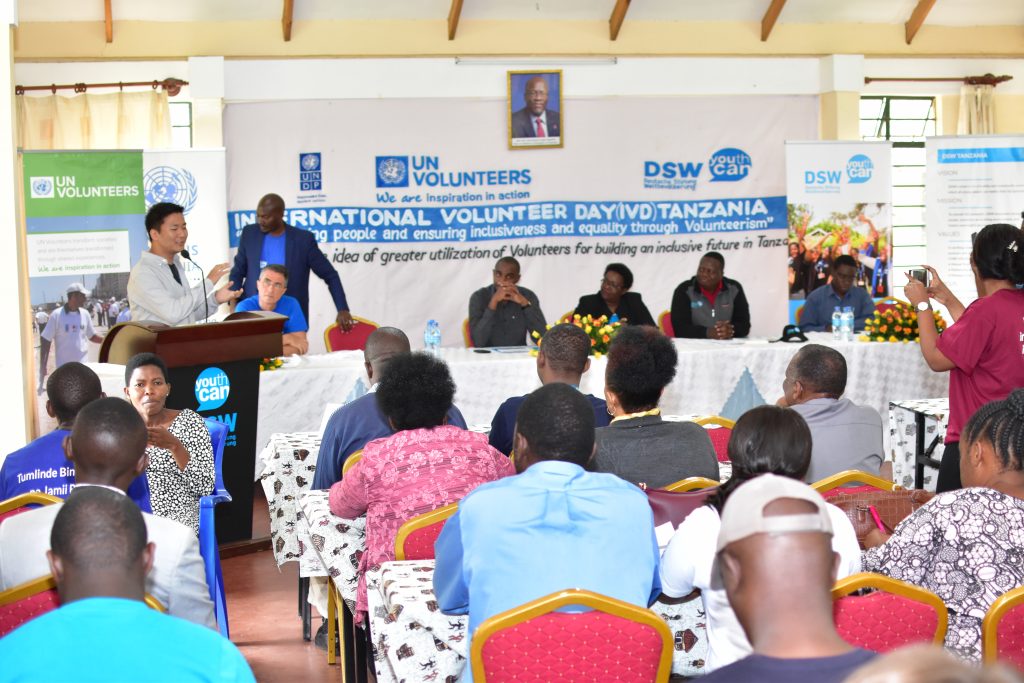 The event showcased and promoted the idea of greater utilisation of volunteers for building an inclusive future. It featured participatory engagement of different volunteer groups, including youth, women, CSOs, people with disabilities, government officials and UN volunteers who have been championing voluntarism at different levels in the country.

During the opening of the event, volunteer representatives from UNV and community groups gave their testimonials on their journey of volunteerism and shared success stories of their contributions in development. While giving her remarks on behalf of the UN, the United Nations Development Programme (UNDP) Resident Representative Ms. Christine Musisi stated that “Volunteerism is a powerful mechanism to engage people, especially those left farthest behind, in achieving the Sustainable Development Goals. When people volunteer, they connect with others and foster a sense of purpose”. 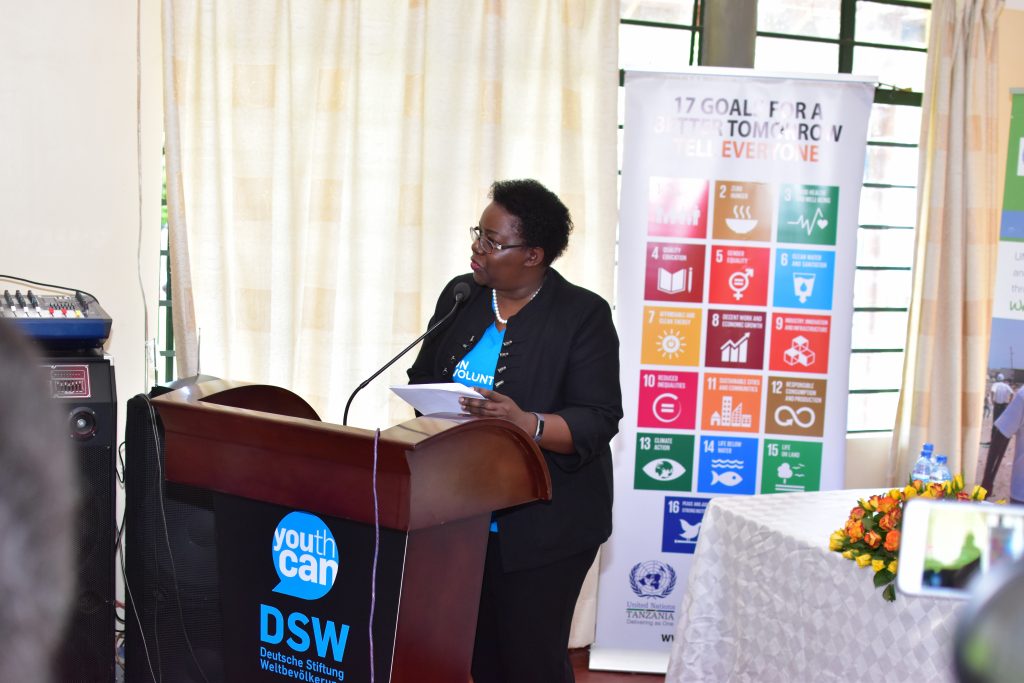 The UN message on IVD calls for increasing the number of UN volunteers to contribute to the UN system activities in support of Agenda 2030. It emphasises promoting volunteerism worldwide as it nurtures solidarity and cohesion through underlying values of cooperation and reciprocity. Volunteerism is essential for ensuring that global sustainable development efforts are owned by all people, implemented by all people and for all people. 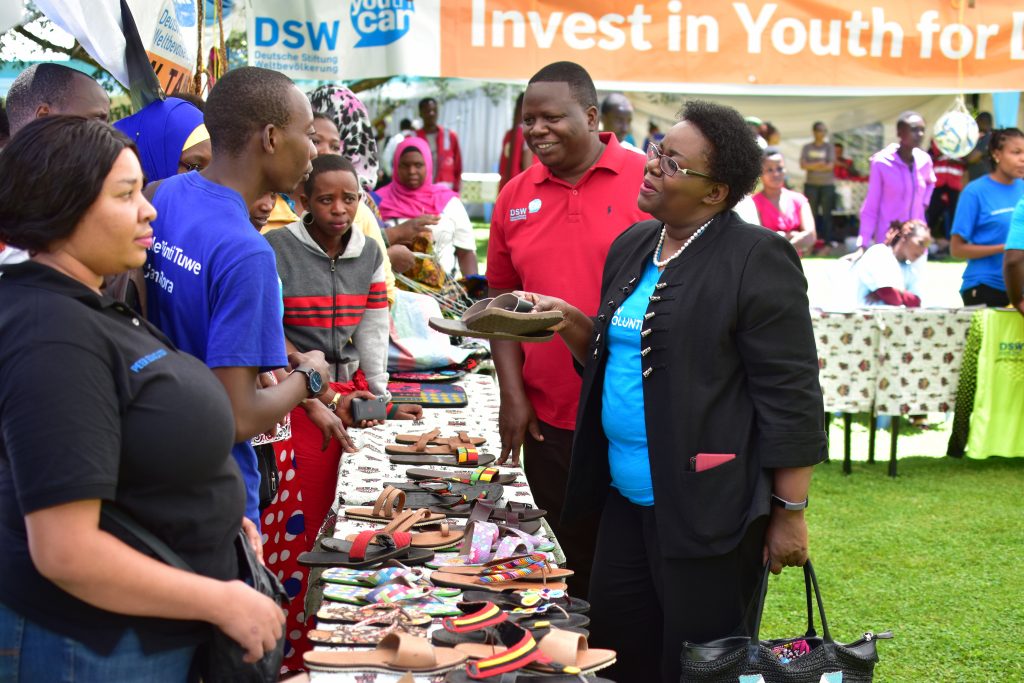 The DSW Country Director in Tanzania, Peter Owaga, echoed the sentiments of volunteer success in changing community lives by saying, “DSW highly recognises the power of volunteers as change agents and we value this contribution by empowering them through different avenues such as training. The DSW youth peer educators and champions have continued to volunteer to support communities through health promotion, policy advocacy, community outreaches and leading youth engagement.”