DSW Ramps Up Efforts to Engage in Policy Advocacy 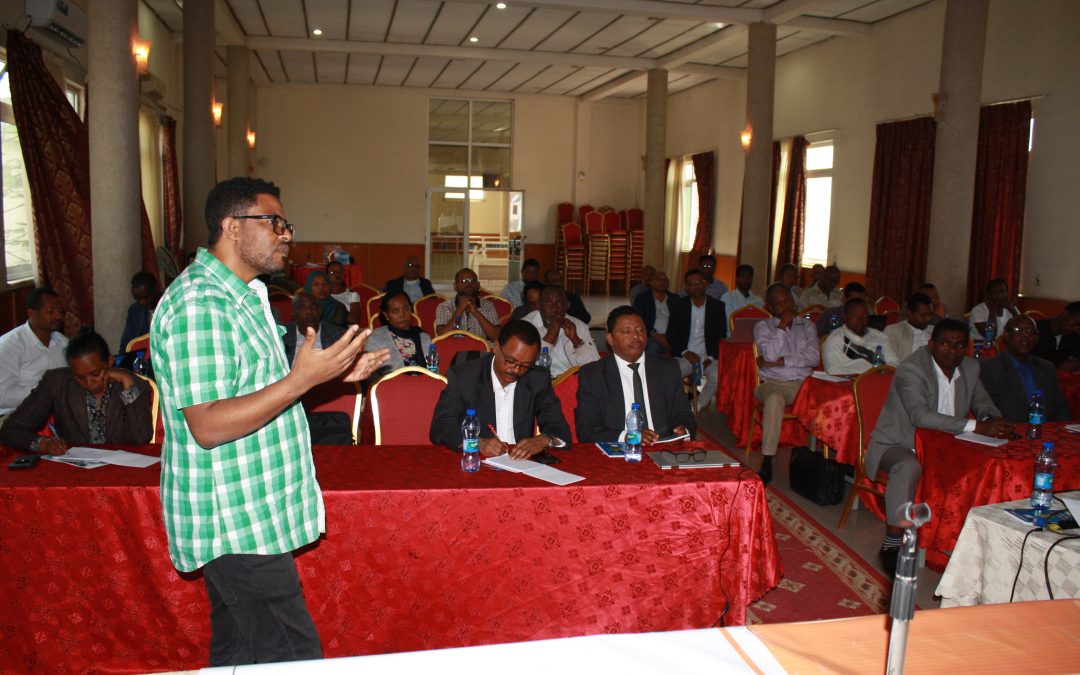 In Ethiopia, the word ‘advocacy’ was taboo for many years. It was sugarcoated in alternative terminologies in an attempt to dodge the wrath of the Ethiopian government, which imposed a penal code against civil society organizations (CSOs) and NGOs in the past. Following the shift in political power, the draconian CSO-Law was repealed just last year.

Because of this, in 2020, DSW was able to form a tripartite partnership with CCRDA and the Planning & Economic Development Commission of the Oromia Regional State to gather about 70 high-ranking regional officials and NGO leaders for a policy advocacy workshop.

The workshop took event on 6–7 February 2020 in Adama (Nazareth), about 85 miles southeast of the capital. Hosted by DSW, CCRDA and the Planning & Economic Development Commission of the Oromia Regional State, a consortium of Christian Relief Development Associations collaborated to engage in policy advocacy with a focus on youth working at industrial parks. The tens of of thousands of young people who work in the various industrial parks remain vulnerable to various SRH problems.

DSW initiated and implemented its first youth empowerment programme in Ethiopia 25 years ago. This programme introduced a series of other initiatives to pilot projects merited on the basis of addressing the vulnerability of youth through three phases of mobility.

With the expansion of the school system in Ethiopia during the first phase, the majority of young people attended schools in which DSW had launched an advocacy-oriented intervention to address their SRH needs. The second phase concerned those who were finished with school and were once again vulnerable. Using the youth SRH clubs initiative, DSW intervened to empower the youth through a social and behaviour-changing approach. The third phase began with the tens of thousands of young people working in flower farms and industrial parks. DSW initiated a pilot intervention in both the farms and parks to advocate for and address SRH needs to which a great majority of these working youth were vulnerable.

During the policy advocacy workshop, DSW presented their experiences in one industrial park where there are about 30,000 working youth aged 18 to 24. According to a preliminary survey conducted by DSW, two-thirds of the working youth population in the park did not know about SRH issues. This was the reason behind the two-day workshop, dubbed Policy Advocacy and Youth Sexual and Reproductive Health and Rights Integration into Regional Development Planning. In the workshop’s panel discussion, the emphasis was on demographic dividend issues and socio-cultural factors in the effort to advocate about the population policy matter. 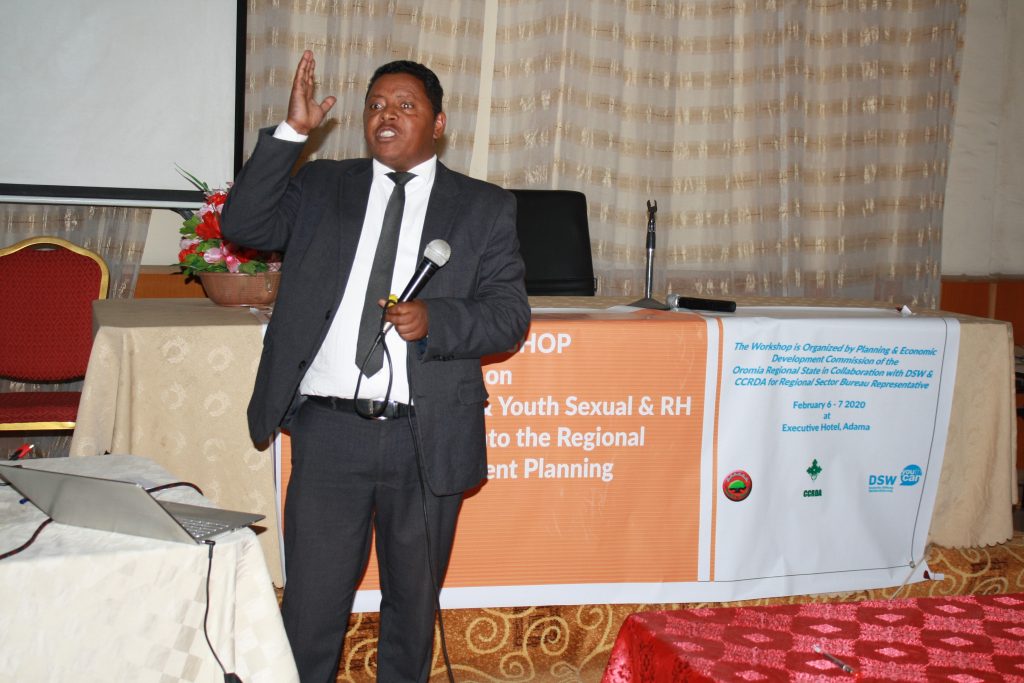 “Lest demographic dividend simply remain an illusory term and bypasses us without taking the unique advantage of its dynamics, we need to get our act together through high-level policy advocating campaigns,” cautioned Feyera Assefa, country director of DSW. He further asserted that “the socio-cultural factors have continued to linger as the main barrier against advancing the population issues. As a result, even some public officials at the regional level appear unaware the existence of a population policy within their own jurisdictional administration.”

The policy advocacy workshop brought forward real-time stories observed in the very town in which the workshop took place, intent on connecting the stories to policy materials.

“Unaware about menstruation, an increasing number of school girls who see their period for the first time feel despair as if they were injured and, as a result, some among them dropped out of school. Many more are continued to be vulnerable to inintended pregnancies. This happened in one of the schools here in Adama – just a few hundred yards from where we are now,” Feyera told the story at the workshop.

The discussion drew lessons from DSW’s experience in terms of tailoring messages and reaching out to in-school, out of school and working youth with SRHR-focussed social and behavioural change communication materials in order to implement the youth empowerment programme.