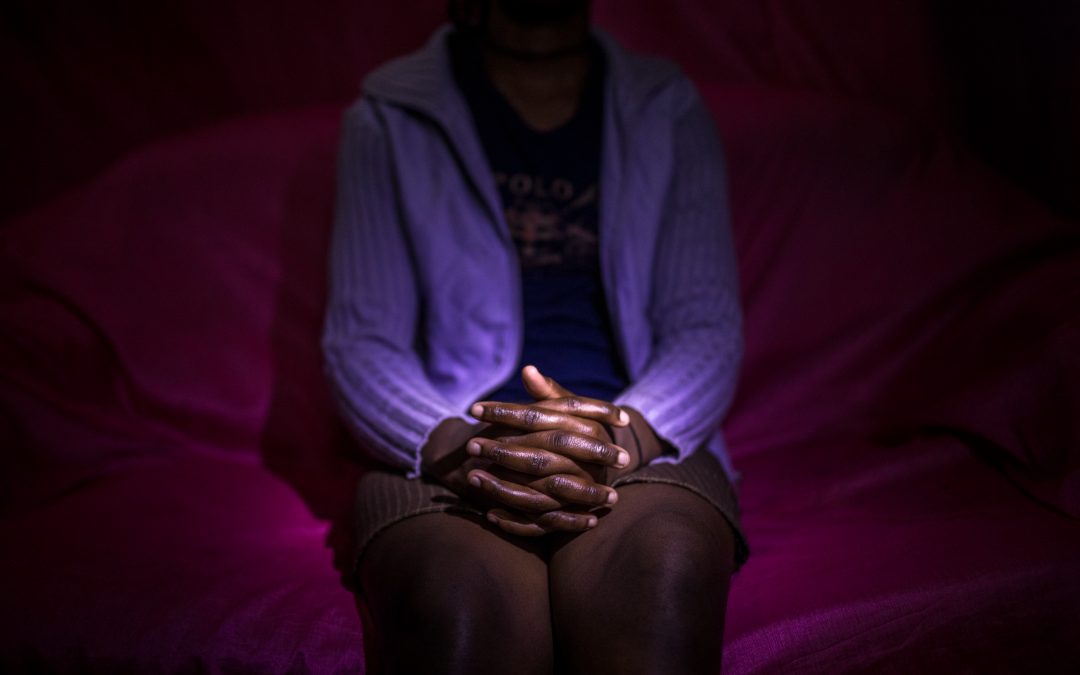 Born in Webore, one of the rural localities in Shebel Berenta woreda (district), Ethiopia, about 18 km outside of a transit town called Bichena, 28-year-old Habtam Menberu Abebe is the second eldest of her seven siblings. Like her older sister before her, Habtam was born to marry early.

Before her marriage, because she was the eldest daughter living at home, most of the domestic chores were Habtam’s responsibility and it was believed that she should marry at the earliest age possible to pave the way for her three younger sisters. To this end, when Habtam was fourteen, she was married to an adult. Attempts to have children resulted in several miscarriages. When she turned eighteen, she gave birth at home to a baby girl. Since then, she has had the agonising experience of two stillbirths. 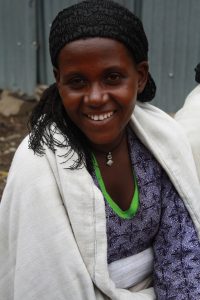 At the age of 22, Habtam became pregnant for the fourth time. This time, when she went into labour, it lasted for more than two days. As there was no sign of it subsiding, she was taken to Bichena Hospital, where it became clear that a vaginal birth was no longer safe and she had to have a caesarean section.

“I took notice of a strange condition one month after I gave birth in hospital,” Habtam recalls of the weeks after the birth. “All of a sudden I would wake up on a wet nightwear and kept wondering what had gone amiss. I remained quiet and felt stressed telling no one anything about it as the condition deteriorated.”

Habtam explained to us how upsetting and embarrassing it was to live with the smell caused by the leak. Despite her silence, the girls from Adey Abeba Club came to the correct conclusion when they arrived at her home and insisted that she arrange for a diagnosis and, depending on the result, on accompanying her to Bahir Dar Hamlin Fistula Center. 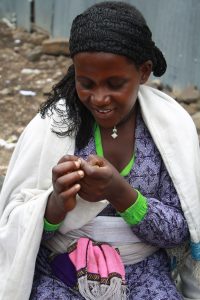 “All went as planned and it was confirmed that I was suffering from a fistula case at Bichena Hospital. An ambulance was arranged by DSW through the Girls’ Club for my transport to Hamlin Fistula Center in Bahir Dar,” says Habtam.

After the repair was done, Habtam remains in stable condition and leads a healthy life, telling us, “I am well and strong enough to look after my two kids with the support of my husband. I would do anything to protect my daughter who is now ten from being harmed or going through similar circumstances that I went through because of early marriage. My husband, Shenkute Worku, who is 30, and I have decided to delay childbearing using a long-acting family planning method until such time when we feel safe to have one more child.”

Each year, an estimated 50,000-100,000 women all over the world are affected by obstetric fistula, an abnormal opening between a woman’s genital tract and her urinary tract or rectum caused by prolonged obstructed labour. You can learn more about obstetric fistula here.

The Right By Her campaign focusses on four core rights areas: harmful practices (with a focus on FGM and child marriage), HIV & AIDS, GVAW, and SRHR. Stand with us in the fight for women’s rights and say NO to the harmful practice of child marriage, which enables the continuance of obstetric fistula, a condition which is preventable and avoidable with the right care. Stand #RightByHer.