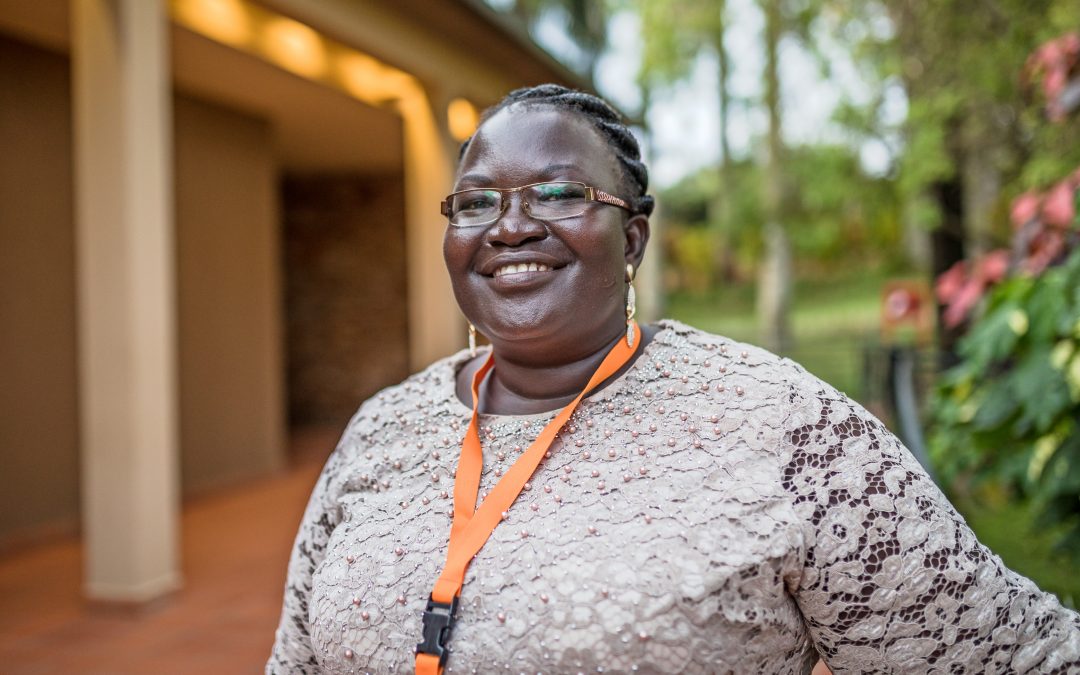 The RightByHer campaign is made up of a unique coalition of youth-serving organisations, faith organisations, feminist groups and SRHR activists from across Africa and Europe. The campaign is pushing for improved implementation of continental commitments, specifically the Maputo Protocol and Maputo Plan of Action, at multiple levels in Africa. Our diverse, robust and committed group of champions includes young African men and women, First Ladies, parliamentarians, journalists, feminists and religious leaders. The champions raise awareness in their circles of influence and push for increased funding for implementation of policies on gender equality and sexual and reproductive health and rights (SRHR) in Africa. We caught up with Hon. Sylvia Akello, a parliamentarian from Uganda, during the Network of African Parliamentary Committees of Health (NEAPACOH) meeting that was held in Kampala on 30-31 October 2019. Read on for the interview.

What is your name and what do you do?

My name is Hon. Silvia Akello from Otuke District, Uganda. I serve as the area’s woman member of parliament.  I have been at the forefront championing the rights of women and fighting for gender equality over the years. 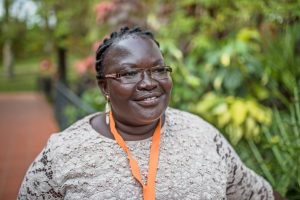 “We value and cherish gender equality to make sure both women and men work together to achieve issues of development. Earlier on women were left behind, but as a country, we have worked hard to make sure we bring issues of affirmative action to the women in Uganda. If we want to push issues affecting women like maternal health and gender-based violence we must take responsibility and work towards gender equality.” Sylvia Akello, Member of Parliament, Uganda. Photo by Brian Otieno for DSW.

What is your view of the gender equality and women’s rights in Uganda?

In Uganda we value and cherish gender equality. We continue to work on it because more than 52% of our population is composed of women, so gender equality is important to ensure that both men and women can work together to resolve issues of development.

Affirmative action has really helped us parliamentarians to interact freely, especially with the opposition, and our president has made sure that his cabinet has seven women ministers who hold key positions on gender, health, trade, education and other parastatal authorities. Even our political parties have not been left behind. A party like NRM [National Resistance Movement] has a woman serving as its secretary general, which is very encouraging. We have so many women in parliament who serve as chairpersons for different house committees.

How have you handled women’s issues in parliament?

In parliament we have the Uganda Women Parliamentarians Association (UWPA), which pushes women’s and gender issues. UWPA is not only for women – we have also brought men parliamentarians on board to work with us. We call them male sisters. They really help us to push for issues like maternal health and gender-based violence. When the issues are brought to parliament, it is the men who come up to debate and defend the bills.

What are you doing as a parliamentarian to promote family planning?

As a developing country, Uganda has the highest population of young people, with more than 83% of our population being youths. This leads to high reproductivity levels. In fact, Uganda is ranked as almost having the third highest reproductive level in the whole world. This makes the issue of family planning of great importance for each person of reproductive age. However, I have seen people, especially young women, work towards having a manageable number of children – about 2-4 – but some men, even those with families and responsibilities, approach young girls and disregard the use of contraceptives, leading to high numbers of teenage pregnancies and of street children.

In parliament we have ensured that funds for family planning are allocated during budgeting. We have also ensured that youth services are established in various health facilities to enable youths to discuss the challenges they are experiencing without discrimination or shame. We also have radio talk shows and other programmes that allow both youths and adults to share their experiences on the use of contraceptives and other reproductive health issues. These things have contributed to reducing the number of teenage pregnancies and child marriages. 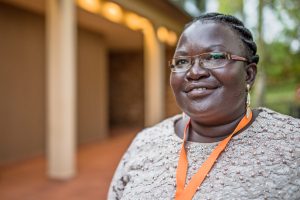 How are you engaging other stakeholders in family planning?

We have realised that for us to succeed in promoting contraception use, we must engage the religious leaders and cultural leaders, who can reach out to the masses with positive messages promoting family planning. For example, for many years now, religious leaders have been preaching the gospel to the people to multiply and fill the world, but the world is now full. We must now encourage people to embrace family planning so they can have a number of children that they can educate and provide for effectively. Cultural leaders are also not left behind since our communities still practise polygamy and, in the past, the view was that the more children a man had, the more powerful he was. We have reached out to the cultural leaders to ensure that this narrative is changed.

Stand with us in the fight for equal rights – stand Right By Her.  The Right By Her campaign works across Africa to improve the realities of women and girls in Africa in four key rights areas: HIV & AIDS, gender-based violence (GBV) harmful practices such as child marriage and female genital mutilation (FGM), and sexual and reproductive health (SRHR). Find out more about the Right By Her mission here and join the conversation on Facebook, Twitter and Instagram using the hashtag #RightByHer.