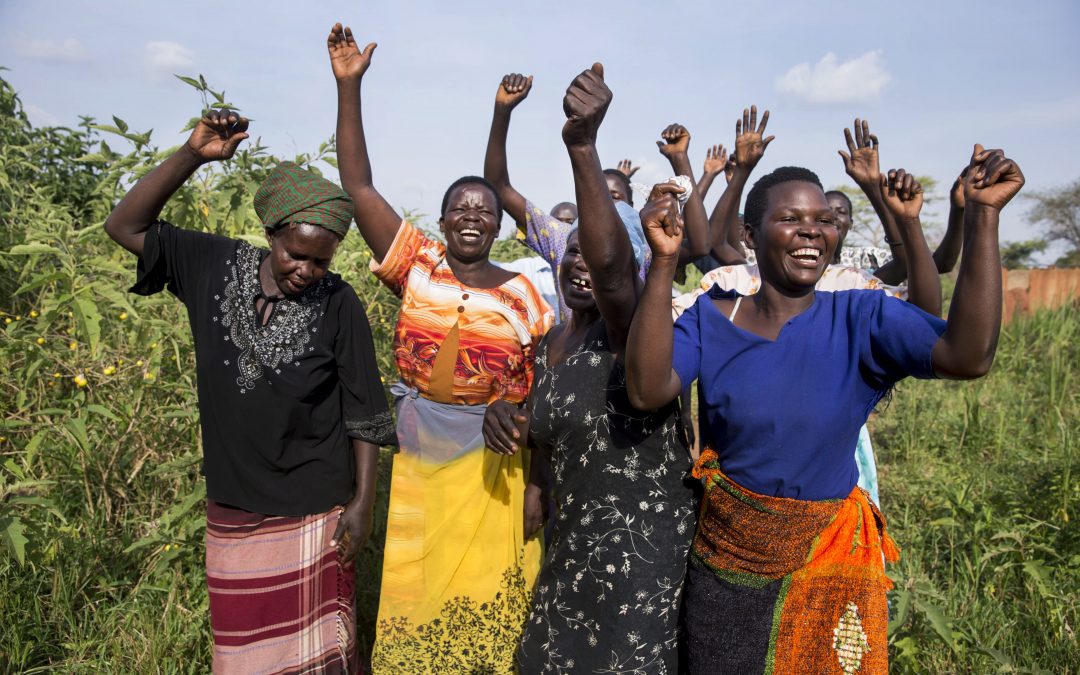 If you read our blog regularly, you will know that DSW is part of the Right By Her campaign, a consortium of eight partners working across Africa to improve the realities of women and girls in Africa in four key areas: gender-based violence against women (GVAW), harmful practices such as child marriage and female genital mutilation (FGM), HIV & AIDS, and sexual and reproductive health and rights (SRHR).

In our line of work, our best days are ones like these: we are happy to share that the European Medicines Agency (EMA) has given a positive opinion on the International Partnership for Microbicides‘s (IPM) vaginal ring to reduce women’s HIV risk. The EMA’s approval of the dapivirine ring is one significant step closer to the day when women in sub-Saharan Africa are offered a long-acting HIV prevention method to safeguard their sexual and reproductive health on their own terms.

It is important to first understand exactly what HIV is. HIV, the Human Immunodeficiency Virus, attacks our immune system, the body’s natural defence against illness. HIV is contracted by having unprotected vaginal, anal, or oral sex with someone who has the virus. You can also get it through blood transfusions or by sharing needles. Pregnant women can transmit the virus to their unborn child in utero as well as via breast milk. If left untreated, HIV makes it gradually harder and harder for the body to fight off other infections and diseases. AIDS, the Acquired Immune Deficiency Syndrome, is the name for a set of symptoms experienced by people at a very advanced stage of HIV, when it has destroyed the immune system. If left untreated, AIDS is fatal. There is effective antiretroviral treatment available that stops people with HIV from developing AIDS and allows them to live a long and normal life.

There is an undeniable link between gender inequality and HIV and AIDS, with women and girls accounting for a disproportionate number of HIV infections. Young women in sub-Saharan Africa are 2.5 times more likely to be living with HIV than young men, and nearly 1,400 women in sub-Saharan Africa acquire HIV every day. At Right By Her, we believe that every woman has the right to protect herself and be protected against all sexually transmitted infections, and to know her own health status and that of her partner. It is vital to dismantle the stigma around HIV infection –learn about the reality of living with the virus in our interview with Kenyan entrepreneur Doreen Moraa, ‘I Am Greater Than HIV.’ 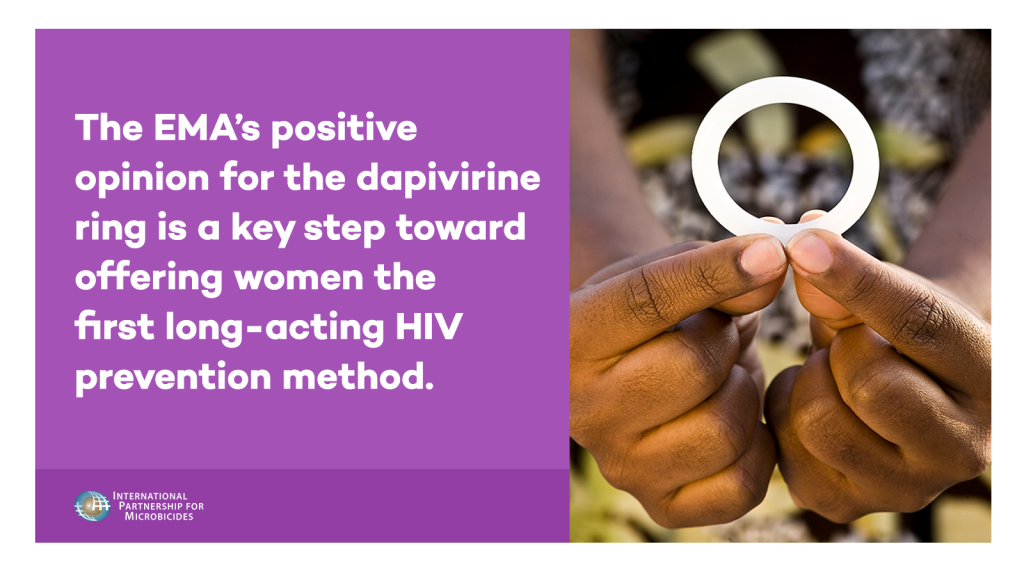 Sixteen years in the making, the dapivirine ring marks a key development in the HIV prevention portfolio. Designed to reduce women’s HIV risk during vaginal sex, the monthly ring, made out of flexible silicone, is the first long-acting HIV prevention product. It works by slowly releasing the antiretroviral (ARV) dapivirine to the site of potential infection. Women insert the product themselves and replace it every month. Data indicates that the dapivirine ring reduces their HIV risk by at least 35%, with no safety concerns about long-term use. This ring is a critical option for women who do not take the daily ARV medication PrEP, which is highly effective but not all women are able to use it, or whose condom use depends on their male partners.

As the first long-acting prevention method, the dapivirine ring could change the course of the epidemic for women. Although there is a road still ahead before women will be able to access it, acceptance by the EMA opens the door to the next step: seeking approval in the countries where the ring is most needed. Dr. Zeda F. Rosenberg, founding chief executive officer of IPM, responded to the good news: “The EMA’s opinion is a significant step forward for women who urgently need and deserve new, discreet options to manage their HIV risk on their own terms. As we celebrate today’s news with the many partners around the world involved in the ring’s development, we also look ahead to the collective effort still needed to obtain country approvals to make the ring available to women in sub-Saharan Africa.”

Rolling out the ring will require working together on the part of global stakeholders, particularly as the COVID-19 pandemic continues to pose challenges for health systems all around the world. IPM suggests that, with good funding and political action, it may be possible to begin making the ring available in communities in Africa where the need is most urgent in 2021.

IPM shared this video of their partners’ reactions to the EMA’s positive opinion for the monthly dapivirine ring – watch below to learn from people on the ground what this development means for women!