Case Study: The Divine Foundation for Disabled People in Nigeria 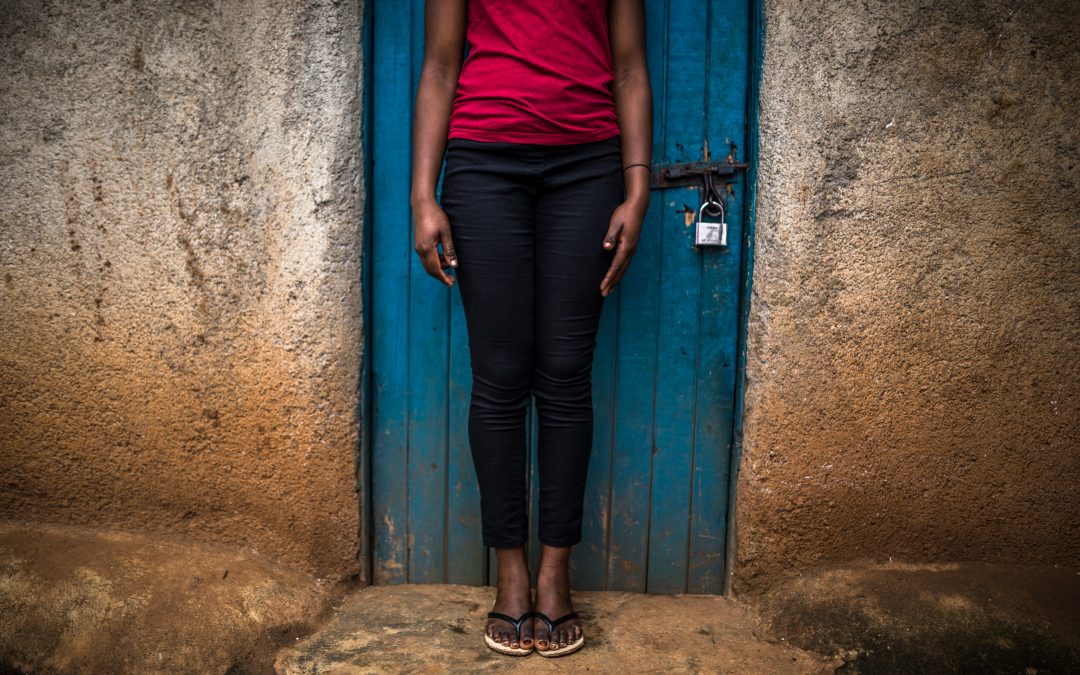 Africa has many civil society organisations (CSOs) that serve their communities, including women, who, despite their pivotal role in community and family well-being, are often marginalised and under-prioritised. The State of the African Woman Campaign (SoAWC) was designed to support these organizations to apply their nascent knowledge about the needs and well-being of women to advocacy for change. This case study profiles one of these organizations and their efforts to use advocacy to advance their efforts to support people with disabilities.

This case study tells the powerful story of a faith-based organisation that, in advocating for saving the life of a mentally-ill woman with a disability, helped to increase attention on mental health as a legitimate issue that must be addressed in public health policy and services.

The Divine Foundation for Disabled Persons in Nigeria

How the Divine Foundation participated in the SoAWC Campaign

‘We received support in the form of a training session we participated in in Nairobi. The training, combined with our previous work experience, helped us be alert on issues of advocacy. We then engaged in training, sensitisation and advocacy on SRHR for women and girls with disabilities in Nigeria.’ Divine Foundation, OAPA 2 survey responses.

Ninety percent of Nigeria’s 10 million persons with disabilities live below the poverty line. In addition to poverty and the challenges of meeting basic needs, persons with disabilities also suffer from social stigma, being ostracised, sexual abuse and exploitation, and other forms of gender-based violence. Nigerian laws and policies often do not protect people with disabilities; neither is there sufficient access to social services for disabled persons. The physical and mental health effects of this marginalisation in turn creates more vulnerabilities, such as unemployment, homelessness, being subjected to ritual killings, rampant disease, as well as drug and substance use or abuse. Considering the complex myriad of challenges encountered by people with disabilities, the Divine Foundation tries to maintain a nimble and adaptable approach so that it can spontaneously react to any human rights violations as swiftly as possible.

The Divine Foundation for Disabled People in Nigeria.

Following the F2A training, the Divine Foundation decided to increase its emphasis on the SRHR of women with disabilities. Its commitment to do so was soon put to the test when it became aware of a woman with physical disabilities who required legal advocacy. A member of the network for women with disabilities posted an article on Facebook about a woman in Delta State who had been arrested by police. This woman was born without both legs and was therefore unable to walk. In order to earn a living, she engaged in the daily struggle of making ends meet by hawking water packaged in sachets on the streets.

The woman delivered a baby in the shanty where she lived alone. Her baby died few days after birth and a mob in the local community accused her of killing the newborn and had consequently tried to lynch her. She was rescued from mob justice by the police, who took her into custody and detained her to face a criminal trial based on the public’s accusations. She appeared to be numb with shock as well as long-term depression and was unable to provide an explanation of her baby’s death. The Divine Foundation suspected that this woman’s pregnancy was the result of rape. Having already been abandoned by family and the local community, she was left to deal with the pregnancy alone and, after the birth, a child to care for. This situation could have led to her severe long-term depression.

The Reverend Celine Osukwu, the Founder of the Divine Foundation, intervened in the woman’s plight. The Divine Foundation’s goal was secure the release of the woman from jail and provide her with access to psychiatric assessment and services to address her mental health challenges, as well as obtain support for her future economic survival and protection from any further sexual abuse or exploitation. The Divine Foundation had connections with officials in Delta State after previously being invited twice to assist other persons with disabilities and talk to government officials about the rights, empowerment and social well-being of people and women with disabilities.

Reverend Celine approached the Commissioner for Women Affairs in Delta State, shared the Facebook post with her, and advocated for the release of the disabled woman from police custody and dropping of the murder charge against her. This Commissioner then immediately in turn approached, educated and lobbied the police and other government decision-makers about the challenges and trauma that women with disabilities often endure. In one week, the woman was released from police custody and the charges against her were dropped.

These results may make this rapid and responsive advocacy by two passionate women – Reverend Celine and the Commissioner – seem to have been easy. Actually, it was accomplished in spite of significant opposition from police, villagers and even some other women with disabilities. They felt the woman should be punished irrespective of the particular circumstances of her case. These views were grounded in cultural and social norms, as Nigerian societies do not notice or acknowledge the existence of mental health illnesses and do not believe it should be addressed in any way.

Therefore, Reverend Celine made the decision to contact the Commissioner who then used her powerful government position to compel senior officials and the police to recognise the woman’s mental health challenges, as well as her particular physical and living conditions, as the cause of her actions and to subsequently drop the charges, release her from custody and provide her with the required support and future protection.

The Campaign Techniques and Tactics

Lessons Learnt from the Campaign

The main lesson which was learnt from this case study is that sometimes it takes just one champion to ignite a fire and alleviate the suffering of people in distress or acute danger.