A new EU-Africa partnership with health, youth, and women at its core 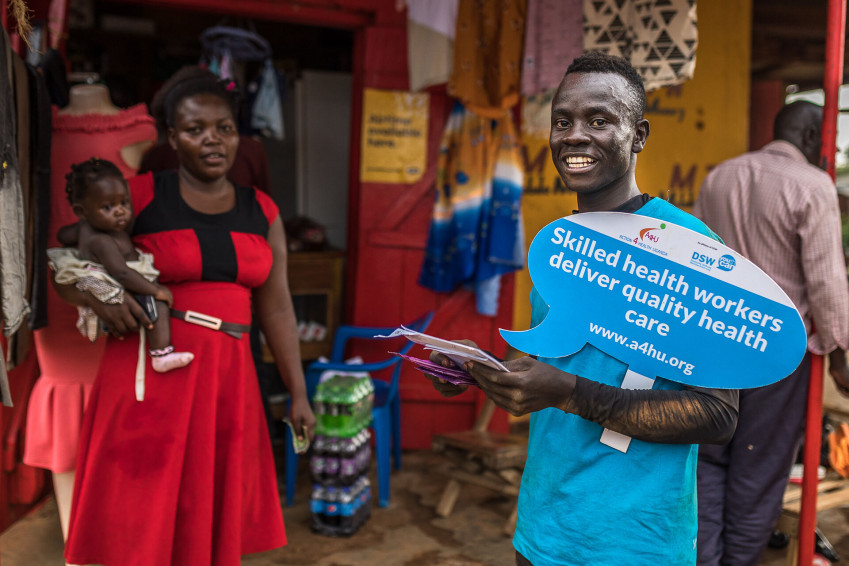 At the beginning of 2020, the European Parliament started to work on a report on the new EU-Africa strategy, in what was supposed to be a crucial year for the partnership between the two continents.

Even though the EU-Africa summit, originally planned in October 2020,  was postponed due to COVID-19, the European Parliament’s Committee on Development (DEVE) continued to work on the report, with MEP Chrysoula Zacharopoulou as rapporteur. The report ‘A new EU-Africa Strategy – a partnership for sustainable and inclusive development’ was approved by DEVE on February 11, and has been endorsed by the plenary of the European Parliament on Thursday March 24.

Why is the report important

The vote on this report comes one year after the European Commission launched its Communication ‘Towards a comprehensive strategy with Africa’, outlining the main priorities for a future EU-Africa partnership. Though comprehensive of many key aspects, the document failed to acknowledge the cruciality of health and human development, seen merely as means to sustainable growth and job creation.

The European Parliament report joins the ongoing debate on a renewed EU-Africa partnership and strategy with a much stronger emphasis on health and human development, while also looking at topics such as Sexual and Reproductive Health and Rights (SRHR), gender equality and youth empowerment, seen as key pillars of the partnership. The report therefore further elaborates some of the areas addressed in the Council Conclusions on Africa adopted last June, stressing their significance in building an inclusive, well-founded partnership between the EU and Africa.

What the European Parliament is calling for

The Report identifies  topics that are crucial when building a new EU-Africa partnership. Some of these issues, in particular, are very dear to DSW, and we are delighted to see them properly addressed:

– Protection and promotion of SRHR. The report gives prominence to sexual and reproductive health and rights, and sees them as a crucial component of the new EU-African partnership. Looking at the further restrictions that the COVID-19 pandemic has brought to access to SRHR services, the European Parliament calls on the European Commission to prioritise SRHR in the future EU-Africa partnership.

– Youth in the driving seat. The report fully acknowledges the central role that young people should play in the new partnership. Besides promoting the access to youth-friendly health services, including sexual and reproductive health services, the report also looks at the need to empower young people, especially through their involvement in decision-making.

– Promotion of gender equality and women’s and girls’ rights. The European Parliament asks for gender equality and women’s and girls’ empowerment to be prioritised and mainstreamed into the partnership. It also addresses the topic of sexual and gender based violence, urging decision-makers to take actions that bridge the digital gender divide and remove the barriers that prevent women and girls from thriving.

We believe that the European Union institutions should fully take on board the recommendations made by the European Parliament in this report, putting human development and health at the core of the EU-Africa partnership. SRHR and global health R&D need to be a specific focus of this new strategy, with the clear goal of achieving UHC and strengthening health systems.

But such partnership must also make sure to have women and young people in its driving seat, and their needs and rights prioritised across issues. They can truly be positive actors of change, only when their voices will be fully heard and their instances fully acknowledged.