The EU’s neighbourhood, development and international cooperation instrument – an opportunity for SRHR? 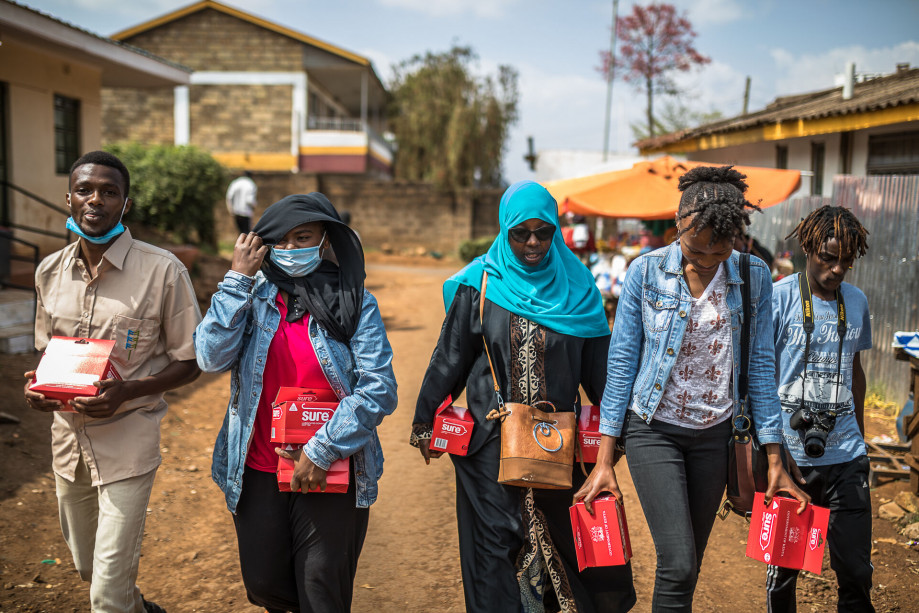 On December  31, 2020, the EU’s seven year Multiannual Financial Framework (MFF) 2014 – 2020 came to an end. As a result, the existing instruments for international cooperation also ceased to exist. These  included the Development Cooperation Instrument (DCI), the European Development Fund (EDF) and the thematic instruments such as the European Instrument for Democracy and Human Rights (EIDHR).

The discussion on a successor for these instruments started back in June 2018, when the European Commission published its regulation for the 2021-2027 Neighbourhood, Development and International Cooperation Instrument (NDICI). The NDICI is a comprehensive instrument that includes both geographic and thematic programmes, a rapid response pillar and an emerging challenges and priorities cushion. Now, more than two and half years later, and after some difficult rounds of negotiations between the European Commission, the European Parliament and the Council, both the member states and the European Parliament’s (EP)  committees on development (DEVE) and foreign affairs (AFET) have adopted the NDICI – Global Europe. Approval from the European Parliament Plenary is expected in June.

While initially the EC had foreseen over 89 billion EUR (current prices) for the NDICI, this figure was scaled down in the negotiation to nearly 79.5 billion EUR, which is lower than the amount foreseen for instruments similar to the NDICI in the 2014 – 2020 MFF.  This is disappointing: with the rising challenges in international cooperation, including the outbreak of COVID-19 and the following global health crisis, funding for the NDICI should have been much more ambitious.

Furthermore,  the geographic programmes are clearly prioritised over the thematic ones, which only account for 6.3 billion EUR or 8% of the total NDICI. While this shows better alignment with country ownership and development effectiveness principles, this could present a risk for issues and programmes that are not prioritised at country level in particular SRHR. In the past, programmes such as the UNFPA Supplies partnership were previously funded under the DCI’s Global Public Goods and Challenges Programme (GPGC), which was one of the thematic programmes under this instrument. With the severe reduction of thematic programmes under the NDICI, there will be increased competition for funding between critical global initiatives such as UNFPA programmes as well as the Global Fund to fight against AIDS, Tuberculosis and Malaria and the Global PArtnership for Education.

On the other hand, some of the targets included clearly reflect the EU’s commitments to human development and gender equality, which were respectively reflected in the EU Consensus and the Gender Action Plan. Although the Human Development target to allocate at least 20% of ODA to social inclusion and human development (including basic social services, such as health, education, nutrition, water, sanitation and hygiene, and social protection) and the two targets on gender mainstreaming and gender targeted action are included in the recitals, and therefore not binding, they are also reflected in the programming. Human Development is suggested as one of the three overarching priorities by several EU Delegations, including the ones in Kenya, Tanzania and Uganda. Gender equality and women’s empowerment, are often listed as cross-cutting issues in the programming consultations, as is youth.  The final version of the national programming documents will tell to which degree these cross-cutting issues are taken into account.

In  line with  many political commitments, the NDICI does include strong references to SRHR in recitals, articles and annexes. Article 8.4, in particular, features a full reflection of the SRHR language of the EU Consensus on Development, including a reference to comprehensive sexuality education. While this is not the first time an EU instrument for development cooperation has an article on SRHR, it dates back to the 2007 – 2013 DCI for a similar reference. The 2014-2020 DCI only includes references to SRHR in the annexes. Furthemore, both the annexes on thematic and geographic programmes also include references to Article 8.4.

While these strong references to SRHR in the NDICI are good news, the real impact will depend on the programming phase of the instrument, which is heavily influenced by the 5 priorities from the European Commission (1. Green Deal, 2. Digital, science, technology and innovation, 3. Sustainable growth and development, 4. Migration, and 5. Governance, peace and security, and human development). Given that the geographic programmes are prioritised, a key role is reserved for the EU Delegations in partner countries. The EUDs will in fact decide where the funding will go and who will be consulted in the process. And while they are obliged to discuss with EU member states in the framework of the joint programming and the so-called Team Europe Initiatives, it is essential that in this process the EU Delegations take a bottom-up approach. Such an approach should involve  local actors, including civil society, women and youth.

While in theory meaningful consultations should be the norm, this is not always the case. If the NDICI will become the EU’s main instrument for global development and international cooperation, civil society needs to be considered a key partner and should play a big role in the programming and implementation of this instrument.