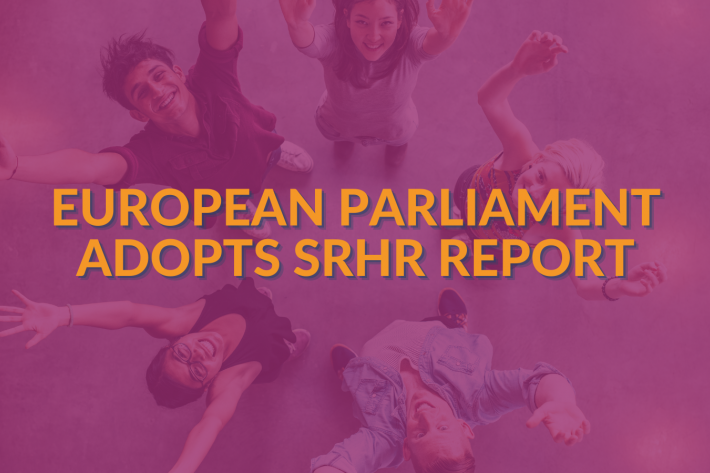 The European Parliament voted today in favour of a landmark report presented by Croatian MEP Predrag Fred Matić on “the situation of sexual and reproductive health and rights in the EU”. While the European Parliament has repeatedly expressed concerns over the lack of full realisation of, and attacks against women’s rights, gender equality and sexual and reproductive health and rights (SRHR), this report is the first of its kind in almost 10 years to give such a degree of political importance to SRHR at EU level.

The report addresses the full range of SRHR and highlights the importance of accessing all essential SRH services, including comprehensive sexuality education, contraception, abortion, maternal health and fertility services; and of preventing and addressing sexual and gender-based violence.

The vote sends a strong signal that MEPs are fully committed to protect and promote SRHR in the EU at a time when human rights in sexuality and reproduction are increasingly challenged by illiberal leaders, even within the EU, and as the global community makes inspirational commitments to advance SRHR in the Generation Equality Forum.

Neil Datta, Secretary for the European Parliamentary Forum for Sexual and Reproductive Rights, said, “Today, the European Parliament assumed its leadership role in strongly upholding the fundamental rights of all Europeans despite deliberate campaigning to incite fear and block the report. Common sense, human rights and values prevailed and MEPs were able to stand up for education and health over ignorance and religious ideology. As awareness about anti-gender movements increases, we can safeguard women’s rights, SRHR and gender equality more effectively”.

“The adoption of the report today is a great achievement for the European Parliament and those involved in the negotiations – although protecting the health and rights of everyone should not be controversial. We celebrate the EU’s reinforced commitment to promoting SRHR both within and outside the EU. The EU should now take concrete steps to make the promotion of SRHR for all a priority, both in its internal and external action.” Lisa Goerlitz, Head of Brussels Office, Deutsche Stiftung Weltbevölkerung (DSW).

“We now look to the Member States and the European Commission to take the report’s recommendations forward and deliver on sexual and reproductive safety, care and freedom for all. We want to see serious advances on access to sexual and reproductive care as part of a society free from sexism and discrimination,” says Caroline Hickson, Regional Director of the International Planned Parenthood Federation European Network (IPPF EN).