Kenya: How DSW is working with adolescents, government and communities to improve adolescent sexual and reproductive health in Kilifi County 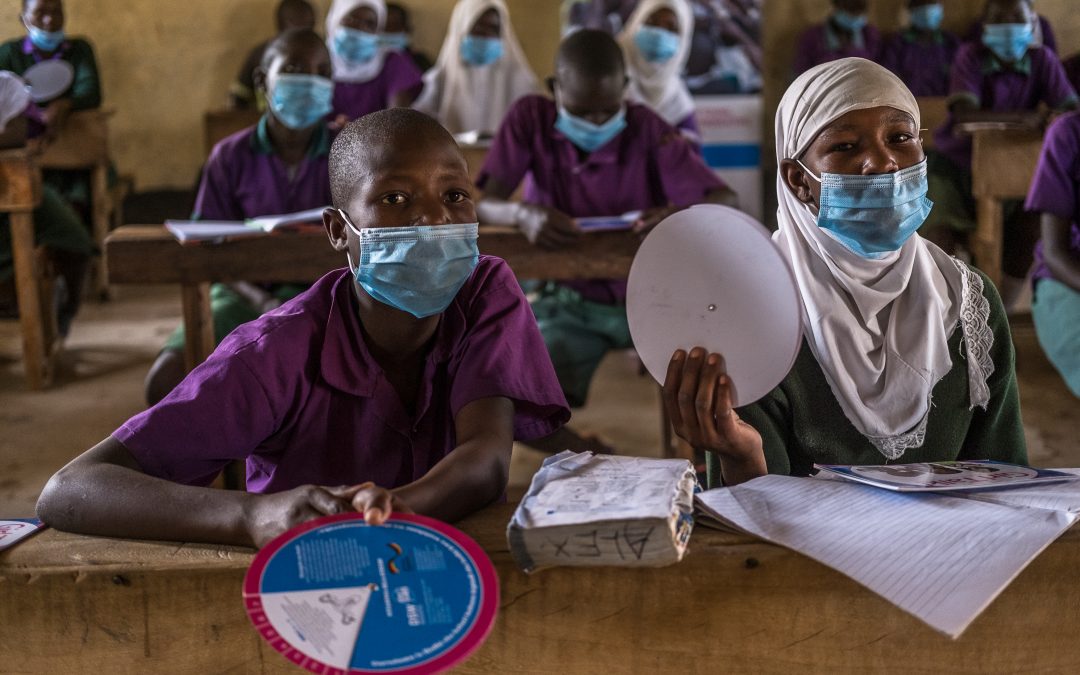 The teenage pregnancy menace has had negative repercussions in Kilifi county for many years, following the challenges faced by the young girls affected. Many organisations, together with the county government, have been at the forefront in championing against the vice.

One of them is Deutsche Stiftung Weltbevolkerung, DSW Kenya, which has financed programmes to address the problem and help create a better environment for teenage girls. These include the Holistic Action Project for Young Adolescent (HAPA), a three-year project that started in 2018 to help young adolescents realise their full potential.

The programme is in Kaloleni and Mariakani wards, including Mikiriani, Chanagande, Mihingoni, Mwandani, Vishakani, Kadzandani Kadznzo, Madzimbani and Shangia primary schools. “We are focusing on young adolescents but also, we are bringing in parents, teachers and the community at large,” she says. Their approach comprises establishment of HAPA clubs, which are in school clubs, that have 45 members, both boys and girls. They equip them with information and they pass the same to fellow club members.

Further, she says they have youth mentors from youth empowerment centres, which were established in Mariakani and Kaloleni. “The youth mentors take time to talk to the young adolescents during games time. They usually visit the schools once per month,” she says. Apart from the school initiative, she says the programme developed a structure called Community Action Committee with representatives from different departments and sectors.

“We have around 25 to 30 members, and their role is to ensure they empower the community on sexual reproductive health, and they are also identifying any child abuse and gender-based violence happening within the communities,” she said.

Through Community Action Committees, they have been able to identify cases of child abuse and so far, they have recorded 35 cases. She said all cases have been reported to the police, have OB numbers but unfortunately, only a few have been able to get attention on perpterators getting arrested and legal action taken. Most of the cases are pending.

Perpetrators have not been arrested and when we follow up with the relevant authorities, it’s like the perpetrators are not allowing to be seen,” she said. The project officer said the community has another perspective in that there is laxity somewhere as the perpetrators are around but are not arrested under unclear circumstances. Their target is to reach out to 7,000 young people, both girls and boys, who have the ability to make a wise decisions on health matters.

“We have been able to reach more than 3,000 young adolescents through the HAPA ,” she says. She called upon youth to ensure they come out and speak against SGBV. Further, she says there is a need for stakeholders to work together and ensure they eliminate the abuse.

The DSW programme is just one of the many initiatives going on in the county with a view to ending the menace. If such an approach can be extended to all sub-counties, then it could have a big impact on teenage girls and boys, and girls especially can pursue their dreams uninterrupted.

The Holistic Action Project for Adolescents (HAPA) is a project implemented by DSW and funded by the Federal Ministry for Economic Cooperation and Development (BMZ).