DSW advocates for the combating of SGBV at the workplace 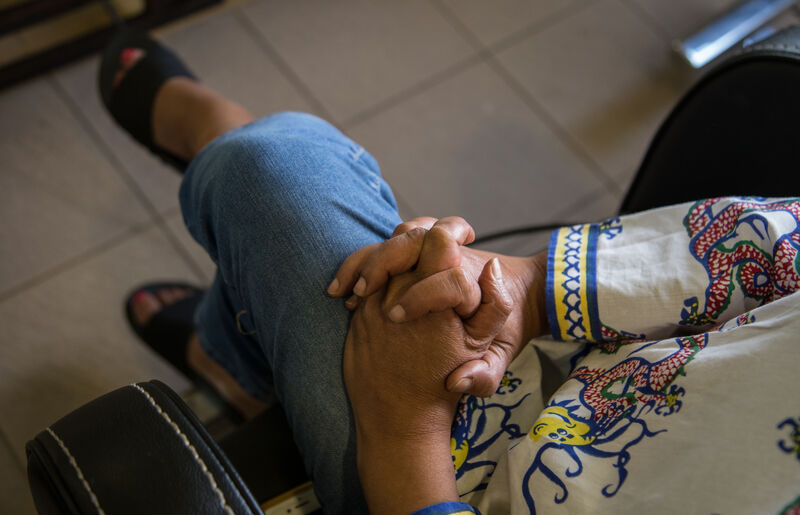 At a biannual review meeting, DSW teamed up with regional stakeholders, some of whom are currently members of the legislative bodies, to advocate against sexual and gender-based violence (SGBV). The half-day workshop, which took place on July 2, 2021, at the Sapphire Addis Hotel in Addis Ababa, reviewed the half-year performance of the project “Healthy Youth at Workplace.”

A series of presentations were accompanied by a panel discussion involving stakeholders and beneficiaries representing the flower farms and factories in which DSW has been implementing the second phase of the “Healthy Youth at Workplace” project since September 2020.

DSW has intensified its advocacy efforts to create widespread awareness about the challenges of SGBV against young female employees working in flower farms and factories, as concerns have grown over the prevalence of SGBV against young women at the workplace. This advocacy workshop presented key discussion points ranging from the concept of SGBV to the challenges faced and its way forward. The panel discussion covered topics such as the prevalence of SGBV within the context of Ethiopia, different types of SGBV, preventive means, and implementation of SGBV-associated legislation in Ethiopia.

According to reports obtained from the Labor & Social Affairs data, about 80 percent of the workforce is composed of youth below the age of 25. Female workers who face harassment at the workplace have particularly highlighted cases of gender-based violence.

A study conducted in retrospect by the Federal Ministry of Women, Children and Youth Affairs suggests that one in every two women have experienced SGBV at the workplace in Ethiopia.

“To understand the triggering effect for the prevalence of SGBV in Ethiopia, we need to advocate under such similar platform this workshop lauds about and include those with high stakes and the potential victims on whose behalf DSW aims to create a healthy environment for young people at the workplace,” asserts Fekadu Jaleta, DSW Ethiopia’s resource mobilization & partnership department manager.

It was also observed during the panel discussion that certain cultural and traditional practices are one of the main sources of prejudices towards women, keeping them at the margin of society and oppressing young women at the workplace.

“I noted during today’s presentation and discussion that the prevalence of SGBV in Ethiopia was viewed by most of the participants as being the most perennial challenge for working women, whose work-life safety should have better been improved through addressing gender equality and mainstreaming. We need to engage in as assertively stalwart as we should be to combat the age-old patriarchal traditions that have juxtaposed upon us,” says Abebe Demisu, program & project department manager at DSW Ethiopia.

After midday, the half-day biannual review workshop reached its conclusive phase by underling key points and ways forward, which included policy frameworks at zonal and regional levels, reporting mechanism formats on SGBV at workplaces, and the creation of a platform for public-private partnerships to combat SGBV, among others.