How to #BreakTheBias and ensure science delivers for women 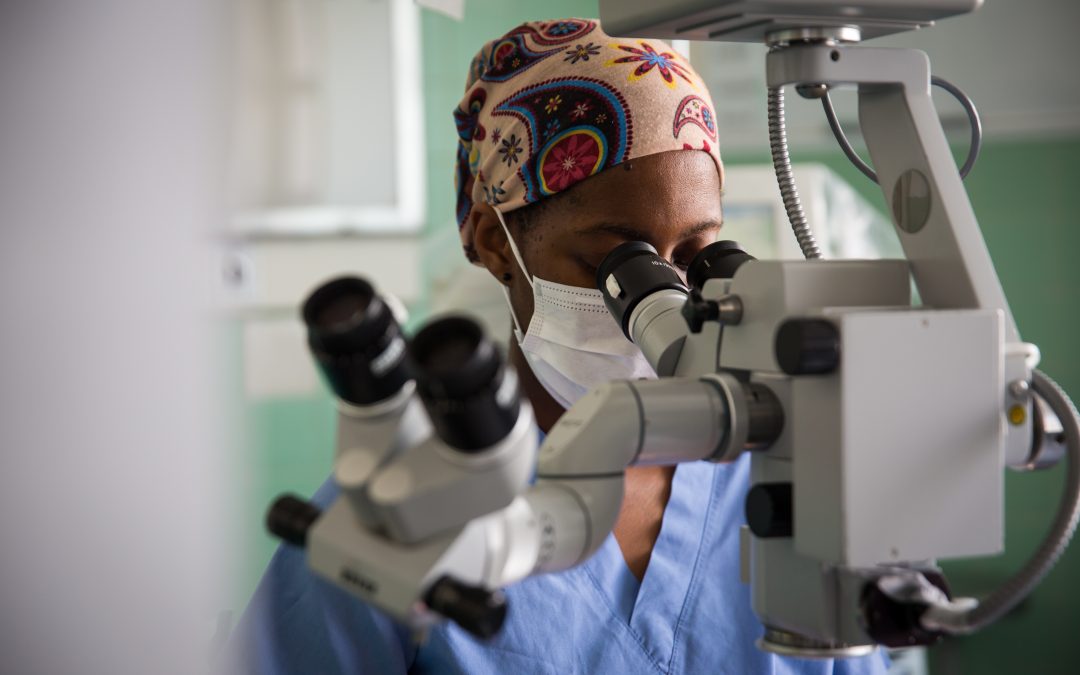 In recent years, on the occasion of International Women’s Day, we shared the stories of women in science, highlighting their crucial contribution, particularly in the field of global health. Women such as chemist Tu Youyou who received a Nobel Prize for her discovery of artemisinin, a breakthrough in malaria treatment, and Dr. Soumya Swaminathan, who, as Chief Scientist of the World Health Organisation, has led the global fight against COVID-19.

This year, in keeping with 2022’s campaign #BreakTheBias, we also want to highlight the urgent changes that are needed beyond encouraging more women into science to ensure that science does in fact work for women. What do we mean by that? Increasing evidence points to the lack of consideration of women’s needs and the specific impact diseases have on women in the development of medical countermeasures, including medical equipment, tools, and treatments. Looking to the COVID-19 pandemic, Women in Global Health showcased in their report Fit for Women? how personal protective equipment (PPE) is not fit for women, causing discomfort and loss of dignity. A lack of trials in pregnant women drove COVID-19 vaccine hesitancy, leaving both mother and baby at risk, and failing to look beyond the medical, and consider the social and economic lived realities of both women and girls resulted in measures, and programmes that failed to address their needs during the pandemic.

Many of these failings stem from much higher in the chain, with a lack of consideration of women, and the wider gender identity spectrum in the research and innovation (R&I) process leading to interventions that are not always fit for purpose. This was the topic of a recent DSW study, focusing particularly on R&I for poverty-related and neglected diseases (PRNDs). Similarly to many areas of global health, gender is rarely taken into account when studying PRNDs, with gaps present at every level of R&I. Increasing evidence points to the disproportionate impact on, as well as the prevalence of some PRNDs in women and girls, and it is with this in mind that the study puts forward a set of key recommendations to abolish the bias that exists in R&I.

1 – Integrate both female and male sex in all phases of research and product development.

From discovery to post-approval studies, sex and gender must be considered at all stages of the R&I cycle, for example by including male and female cells in in-vitro studies. Up to 75% of research articles do not report on the sex of cells used in studies, and where cell sex is specified, studies show that female cells account for only 5%. Taking into account the sex and gender of research and laboratory team members is also an important consideration, as well as including men and women in clinical trials. Phase I clinical trials tend to be skewed towards men, accounting for approximately 67% of participants. Furthermore, a gender lens must also be applied to any post-approval research undertaken, such as epidemiological, modeling and pharmacoeconomic, or postmarketing surveillance studies.

Globally, women account for less than a third of the world’s researchers, a figure that is also mirrored in Europe, with the latest SheFigures report highlighting that only 32% of Europe’s researchers are women. In sub-Saharan Africa, just 28% of researchers are women. Speaking on the occasion of International Day of Women and Girls in Science, Dr. Namwinga Chintu, Africa Partnership Director at WomenLift Health said, “Africa is already missing out on the benefits of a more gendered approach to addressing critical health issues such as the burden of infectious diseases and access to quality, affordable sexual and reproductive health services – but we can change this by empowering women and girls to succeed in the sciences. By recognising and investing in their potential and elevating them to leadership positions we can ensure that current and future generations enjoy remarkable gains in health, science, technology, and innovation”.

3 – Consider all people beyond the binary focus on males and females.

Considering all people, beyond the binary focus on men and women in R&I, is crucial to understanding the impact of research on the entire gender identity spectrum, particularly the needs of the LGBTIQ+ population. Within PRND research, sex and gender considerations often focus on the consequences of diseases on women. The wider gender impact of PRNDs is therefore much less examined. Where data is disaggregated, it mostly distinguishes between males and females without taking into account people with non-binary sex characteristics, gender identity, and expression, or sexual orientations. More research is needed to get a clearer picture of the impact of PRNDs on people who don’t identify with the binary gender system.

4 – Move beyond the biomedical focus and introduce a holistic approach.

In order to effectively take sex and gender into account in R&I, we need to move beyond the traditional biomedical model that relies primarily on quantitative, medical data and adopt a holistic gendered perspective, based on sociology, political sciences, and anthropology. More research, including socio-behavioural and implementation research is needed to better understand the gender-specific impact and not only prevalence of diseases and conditions.

5 – Disaggregate data by sex and gender at each step and at each level.

Tackling the lack of data disaggregation in R&I has long been highlighted as one of the key ways to overcome gender biases, but progress has been too slow. It is essential that data by sex and gender are disaggregated at every stage of the R&I process; starting at the very beginning of the R&I cycle, collected at every phase, and captured, reported, analysed, and shared appropriately to accurately inform decision-making.

Despite existing guidelines, pregnant women, breastfeeding women, or women who potentially can become pregnant are frequently excluded from clinical trials due to ethical and safety considerations. This can result in no treatment being available, or lead to treatment with medication for which little data on efficacious dosing during pregnancy or on safety and effectiveness. For example, pregnant women do not receive treatment for soil-transmitted helminths or schistosomiasis due to a lack of pregnancy safety trials. Pregnant or breastfeeding women must be included in the research process in a safe and ethically sound way. To achieve this, it might be necessary to oversample pregnant women or women susceptible to and becoming pregnant or to conduct specific separate trials.

Increased understanding of integrating a gender perspective in national ethics committees and regulatory authorities is needed, to allow for the necessary guidelines, regulations, and directives to be set. It is important to build on existing regulations and committees and inject new parameters on gender in their work. Existing governance structures can be expanded, for example, through the establishment of pregnancy committees and pregnancy investigation plans if the diagnostic tool, drug, or vaccine is to be used by pregnant women.

Putting in motion the above recommendations will require adequate funding to fill the knowledge, research, product, and regulatory gaps that exist, and to increase gender capacities within for example responsible authorities, organisations, and research teams. There is also a need for additional, dedicated funding and calls for proposals that specifically address some of the knowledge gaps, invest in further developing and implementing gender transformative approaches, and recognise women and girls, LGBTIQ+ people, transient, or minority populations as priority populations.

Breaking the bias in global health R&I will require a redoubling of efforts and re-thinking at every stage of the chain, from research design to regulation, how research teams are organised to ensuring clinical trials include individuals from across the gender identity spectrum. Legislators when setting relevant rules, governments, R&I, and PRND programmes agencies in their funding requirements and funding allocation priorities, regulators, and research teams should all, in collaboration consider and implement these recommendations. Doing so will strengthen the implementation of a gendered approach in R&I for PRNDs and help to advance progress towards achieving the Sustainable Development Goals.