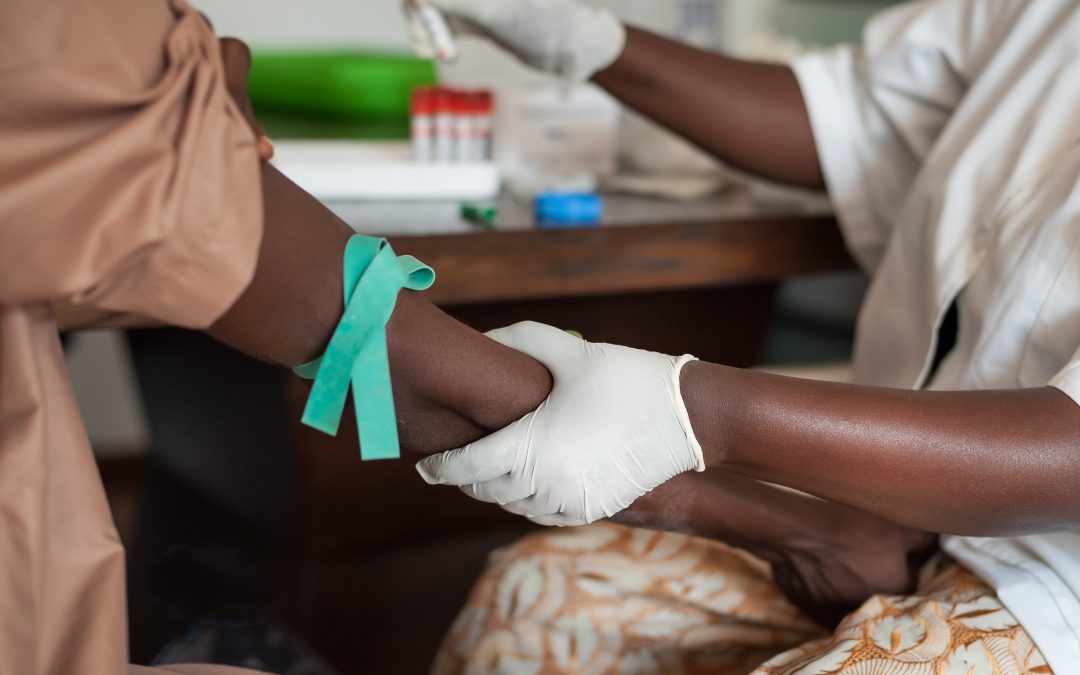 Severe anemia, brain damage, miscarriage or delivering small or premature babies are all very real threats to pregnant women and girls infected with malaria, a life threatening disease that continues to devastate millions of lives every year. Pregnant women and young children are some of the most vulnerable to severe forms of malaria. A child dies every two minutes from malaria, and an estimated 11 million pregnant women were infected with malaria in sub-Saharan Africa in 2018 according to the latest World Malaria Report, published annually by the World Health Organization (WHO).

As one of the most severe global health challenges we face, malaria is not only impacting individuals and their health, but also causes a severe economic toll. It’s estimated that the direct costs of malaria, such as illness, treatment and premature death is around 12 billion dollars, and the related loss in economic growth considerably more. The focus of this year’s World Malaria Day, marked on April 25 is innovation, and harnessing its potential to reduce the malaria disease burden and save lives. WHO Director-General Dr Tedros Adhanom Ghebreyesus stated that progress on malaria will not be possible without focusing on women and children. This focus must start from the very beginning of the research and innovation (R&I) process, as we look to develop new tools and treatments.

As global progress against malaria plateaued, and the number of malaria-associated deaths rose by 12%, 2021 delivered a major breakthrough in the fight, with the first, long-awaited malaria vaccine (RTS,S/AS01) receiving a WHO recommendation for use in children in regions of moderate to high transmission. Collaboration was key to this success, with many institutions in Europe working closely with African partners over decades to conduct research and testing. Many of these investigators and institutions have received capacity strengthening funding from the European Developing Countries and Clinical Trials Partnership – an EU-funded partnership that supports research to develop medical interventions for poverty-related and neglected infectious diseases, such as malaria.

The Barcelona institute for Global Health (ISGlobal), a WHO Collaborating Center for Malaria Control, Elimination and Eradication, was a key player in the development of the first malaria vaccine. Committed to achieving a malaria free world, the centre’s Malaria Elimination Initiative is involved, among others, in the advancement of new antimalarials, clinical trials for the treatment of malaria, and the development of specific approaches to scale up malaria treatment and prevention programmes targeting pregnant women.

Today, only a handful of safe malaria treatment options are available for pregnant and breastfeeding women, despite the disease carrying a substantial risk for both mother and child. A recent study published by DSW highlights that the biomedical R&I process is often gender blind, with the differences in biological susceptibility, as well as the broader gender dimensions of diseases often overlooked. One key aspect of this is the frequent exclusion from clinical trials of pregnant women, breastfeeding women, or women who could potentially become pregnant, despite existing guidelines on how to do this ethically and safely. Failing to include these vulnerable populations delays the development of potentially life-saving interventions, and can result in no treatment, or in treatment with medication for which little data on efficacious and safe dosing during pregnancy are available.

Eliminating malaria will require increased global investments in gender-sensitive R&I. This will not be achievable without commitments from legislators, regulators, governments, and more specifically R&I programme agencies to increase their funding allocations, and to implement funding requirements that ensure that R&I efforts adequately consider the needs of populations that have been historically neglected, including women and girls.

Globally, funding for R&I on malaria has been in decline for two consecutive years, amounting to only 619 million USD in 2020. New investments are urgently needed to speed up the development and delivery of new diagnostics, vector control approaches, antimalarial medicines and other tools, especially for key populations such as pregnant women. While the EU is the world’s third largest funder of R&I for neglected diseases, its funding for malaria R&D has more than halved over the last decade, settling at a nine year low of 11 million USD in 2020. The EU’s flagship research programme Horizon Europe, currently in the programming phase for 2023-24, must detail opportunities for poverty-related disease R&I. And while Horizon Europe has taken steps to ensure greater considerations of gender in the research that it funds, such as the requirement from 2022 for a Gender Equality Plan to participate in Horizon Europe – there is much more that needs to be done.

Established treatments such as IPTp and the novel RTS,S/AS01 vaccine are important tools in the fight against malaria, but the WHO has shared that no single tool that is available today will solve the problem of malaria. Today, with the overarching threat of climate change dominating the horizon, resistance to current drugs emerging and COVID-19 reversing progress, we must double down our efforts. While malaria has plagued the world for millennia, with adequate funding and strengthened implementation of a gendered approach to poverty-related disease R&I, new and improved tools are within grasp and can be delivered to those that need them most, we can make the dream of a malaria free world a reality.