Breaking taboos and shaping the future 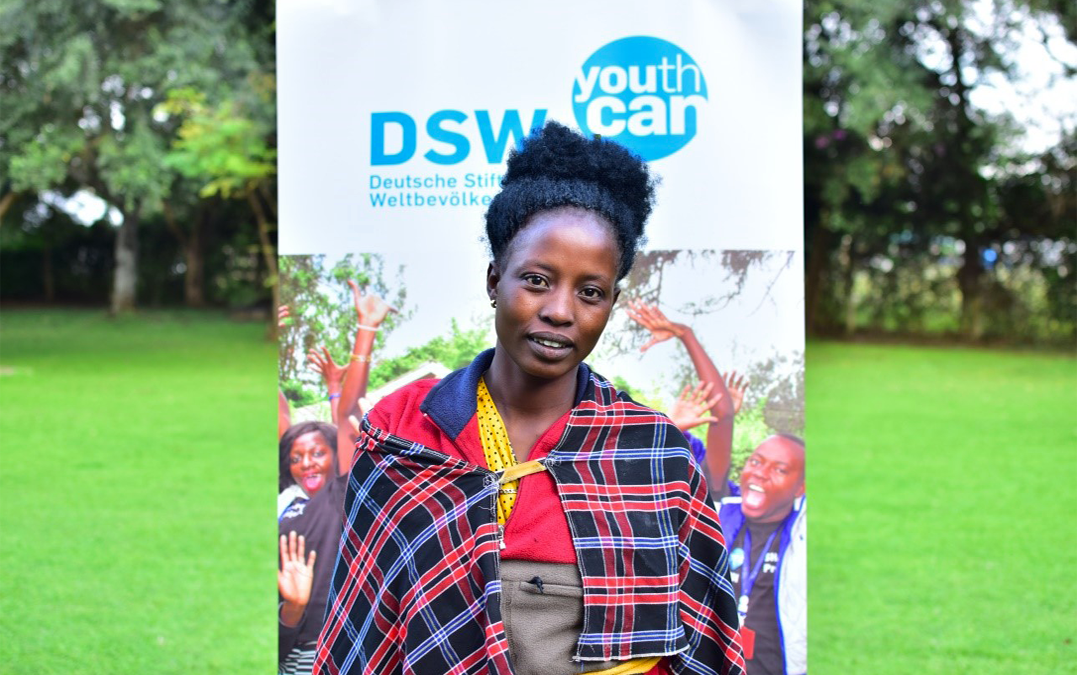 Naserian and Marian report from the youth clubs in Tanzania

When Naserian first came to the youth club, she couldn’t believe what she was hearing. How could one speak so freely about things that were never spoken about in her culture, especially not by young and older people: Early marriage in childhood, teenage and generally unintended pregnancies, among others from the broad field of sexual and reproductive health? At first, Naserian says, she was very embarrassed, but then she began to realise how much it all affected her – that she too lived in a patriarchal system, where women in particular often felt hardships – and that she had a right to do something about it.

Enlightenment against a long tradition

Naserian, who comes from Engarenaibor, a pastoralist community in the Longido district of Tanzania, is now 22 years old and has meanwhile learned not only to speak openly herself about taboo topics but also to carry out targeted educational work and thus get others to speak out as well. She was trained as a counsellor at a youth club run by Deutsche Stiftung Weltbevölkerung (DSW) and is very proud to have already supported many young people: “In our culture, it’s a normal thing to find a young girl of age 20 having not less than two children and expecting another in a few months to come, I am saying this because I am also one of the girls who have undergone early marriage.” To finally break those norms, Naserian’s big goal is to spread her knowledge of sexual and reproductive health and rights and family planning as widely as possible. In turn, all of those who have learned from Naserian should go on to help educate and support as many as their peers as possible about their rights.

Mariam also calls “youth empowerment” her most important task. She is a project officer for the Supporting Youth Initiative for Youth Empowerment Tanzania in the Meru and Longido districts. The project, also known as SIYET, is aimed specifically at young people like Naserian, who are trained as counsellors so that they can educate their peers about sexuality, the risk of sexually transmitted diseases, early or unintended pregnancies, and the possibility of healthy and self-determined family planning without any inhibitions. Some of the young people are also trained as so-called “youth champions”. They convince not only their own generation but above all the elders who have a say in politics and society, that changes are urgently needed.

Economic independence is as important as education, especially for girls. To this end, the DSW youth clubs and so-called “Youth Empowerment Centres” or “YECs” offer training in professional development and innovative business management. As Mariam points out, a lot more YECs are needed. So there is still work to be done to ensure that Naserian achieves her big goal: that the girls in her community are no longer married off as children and become pregnant unintentionally.