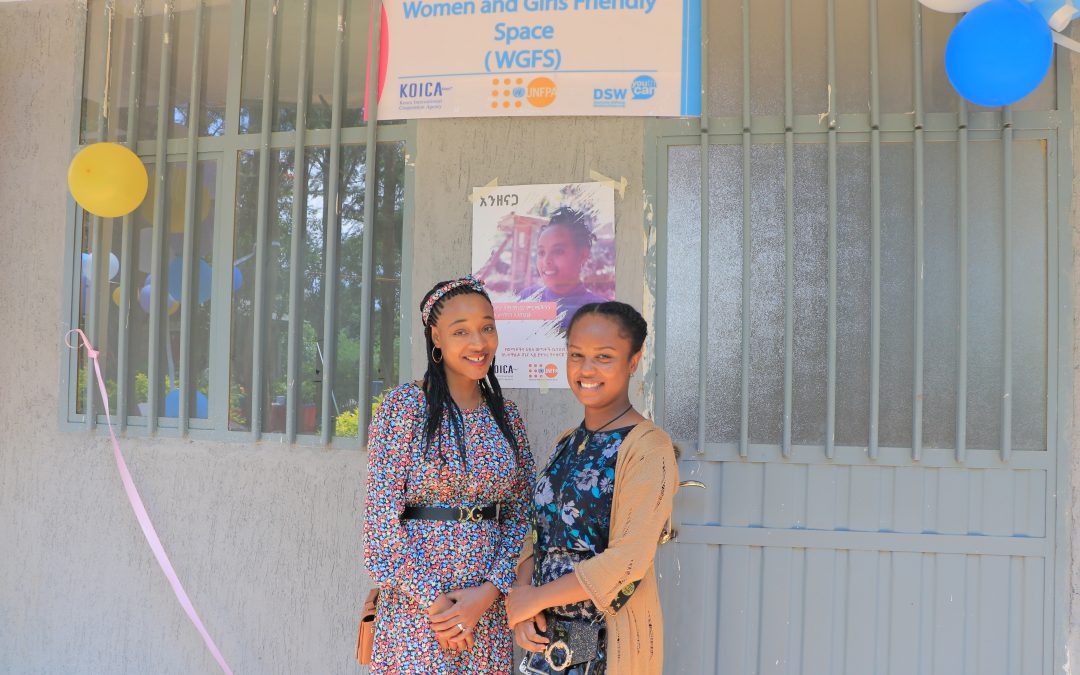 Two friendly spaces for women and girls to access safe, psychosocial, as well as sexual and reproductive health and rights (SRHR) services were established in Dilla town of the Gedeo Zone in SNNP region and Bule-Hora town in West Guji Zone of the Oromia region. Both of these towns were recently affected by internal conflict. Although this is a new experience for DSW Ethiopia, the organisation has continued to address vulnerable communities by piloting women’s and girls’ friendly spaces (WGFS) even in hard-to-reach areas where the aftermaths of conflict have resulted in psychosocial problems, including gender-based violence (GBV) against many more women and girls.

Three DSW staff members inaugurated the two newly installed “Women’s and Girls’ Friendly Spaces (WGFS)”. WGFS is a subsumed program in an intervention called “Integrated Program on SRH and Family Planning among Young People” funded by the UNFPA Ethiopia and the Korean International Cooperation Agency (KOICA). The outlets serve women and girls as a meeting point where they can discuss issues that affect them and their own needs. They also manage to keep matters between and among themselves confidential as they promote their rights and the WGFS.

This WGFS is established inside the premises of the health center where the youth-friendly service (YFS) is located adjacent. The two Women and Girls Friendly Spaces provide services with two voluntary social workers assigned in each outlet. Courtesy of the young volunteers, survivors of gender-based violence receive psychosocial support and counseling so that they can make informed decisions to pursue their cases in the court or even seek out access to medical attention.

“While the WGFS and YFS are conveniently found in close proximity, there are also outlets called “One-Stop-Centers” where professional psychosocial counselors, advanced healthcare providers and legal professionals, including law enforcement officers have offices within the same compound and can be referred to by the social workers who offer psychological first-aid services at the WGFS for further supports. These One-Stop-Centers, which we work in partnership with, were supported by DSW with motorbikes and other need-based accessories”, exclaimed Abebe Demisu, Program and Projects Department Manager with DSW Ethiopia.

“In as much as we are intent on committing to creating an enabling environment for women and girls’ empowerment and their SRH rights, setting up a friendly and safe space for women and girls is a vital extension of our strategy in response to address, among other related issues, the gender-based violence in more different ways than already exist,” says Feyera Assefa, Country Director of DSW Ethiopia. He further asserted the importance of psychosocial support for and by women and girls in a most convenient and exclusive environment where other SRH needs can also be aligned to the service provision outlets such as these being built with the financial supports of UNFPA and KOICA. 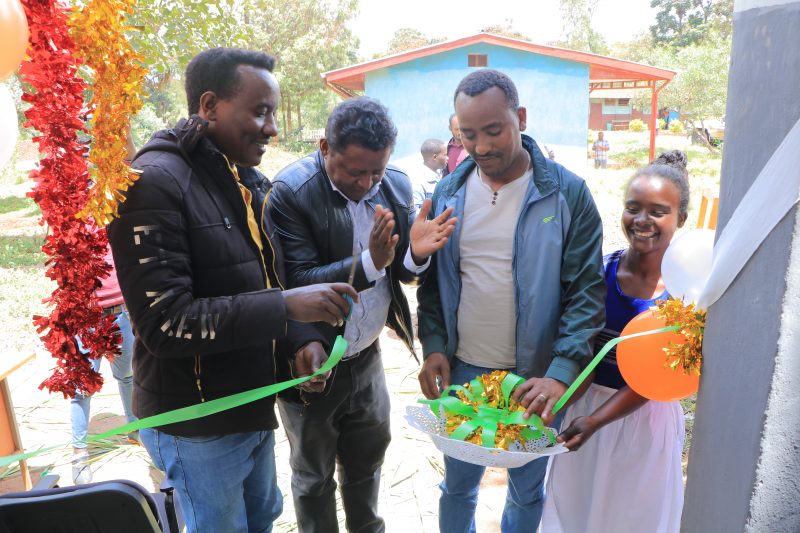 According to UNFPA, the women and girls safe space is a tailored strategy to uplift the intended beneficiaries based on five objectives: Women and girls can socialize and rebuild their social networks; receive social support; acquire contextual relevant skills; access safe and multi-sectorial GBV response services (which includes psychosocial, legal and medical); and last but not least, they also receive information on issues related to women’s rights, health and services.

“Erecting these structures alone,” referring to the two newly constructed units for WGFS, Feyera underscores “would only become a piled up concrete, if it remains without serving the intended purposes. Let’s give it the meaning worth of being there as DSW has furbished them with essential office equipment such as television sets, tables, chairs, file cabinets and materials used for coffee ceremonies. I must encourage the young people particularly and those of the government stakeholders to display the same spirit in which most of you who were forthcoming to support the construction of these structures in maintaining the service provision most importantly so by including the GBV responses at Women and Girls Friendly Spaces.”

Citing the Ethiopian Demographic and Survey (EDHS, 2016), in their systematic literature reviews of GBV in Ethiopia, E. Schmidt, & et al., (2018) have incorporated that “GBV continues to be a pervasive national issue in Ethiopia. As a result, 33 percent of women and girls ages 15-49 had ever experienced emotional and physical or sexual violence.”

“The prevalence of GBV and other related social problems such as the issues of SRH faced by women and girls in Ethiopia require a concerted response from multi-sectorial stakeholders. One of which responses being in terms of assessing the enforcement capacities of the relevant laws and policies in line with the provision of women and girls friendly spaces that we have responsively set forth,” emphasizes Abebe.

Social Impact INC., a book publisher posted an online literature review in 2018 and stated that “there are numerous laws and policies in Ethiopia that outlaw most forms of GBV, the most thorough of which includes the international declarations to which Ethiopia is a signatory and its current Constitution and the Criminal Code. However, there are significant gaps in the laws, primarily surrounding domestic violence and marital rape. Furthermore, the majority of the laws, such as those penalizing female genital mutilation (FGM) and child marriage, are rarely enforced to their fullest extent.” This is due in part to a lack of motivation on the part of the justice system and law enforcement system.”

One of the stalwart advocates of women’s and girls’ empowerment program, the UNFPA epicenters the thematic of humanitarian services in the ability of creating safe and friendly spaces for women and girls in conflict-prone areas to respond to GBV and their needs for other supports in their psychosocial wellbeing and SRH services. 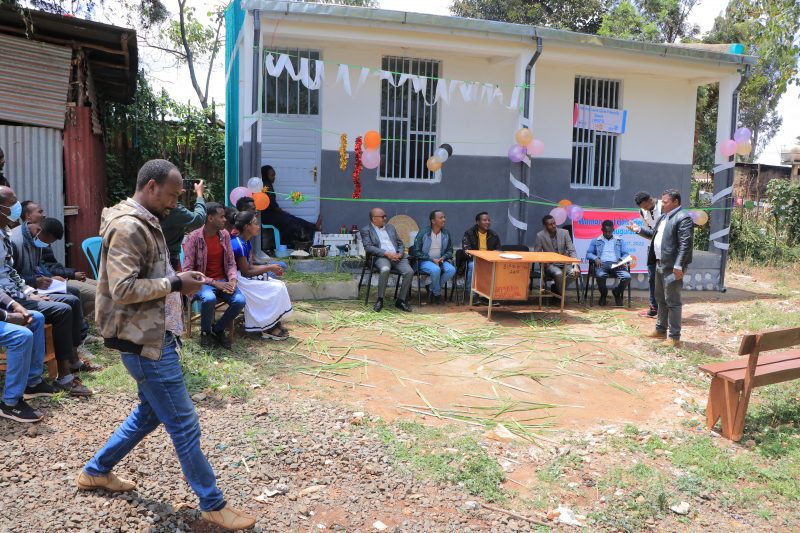