PRNDs: Time is ticking to deliver a healthier future for young people 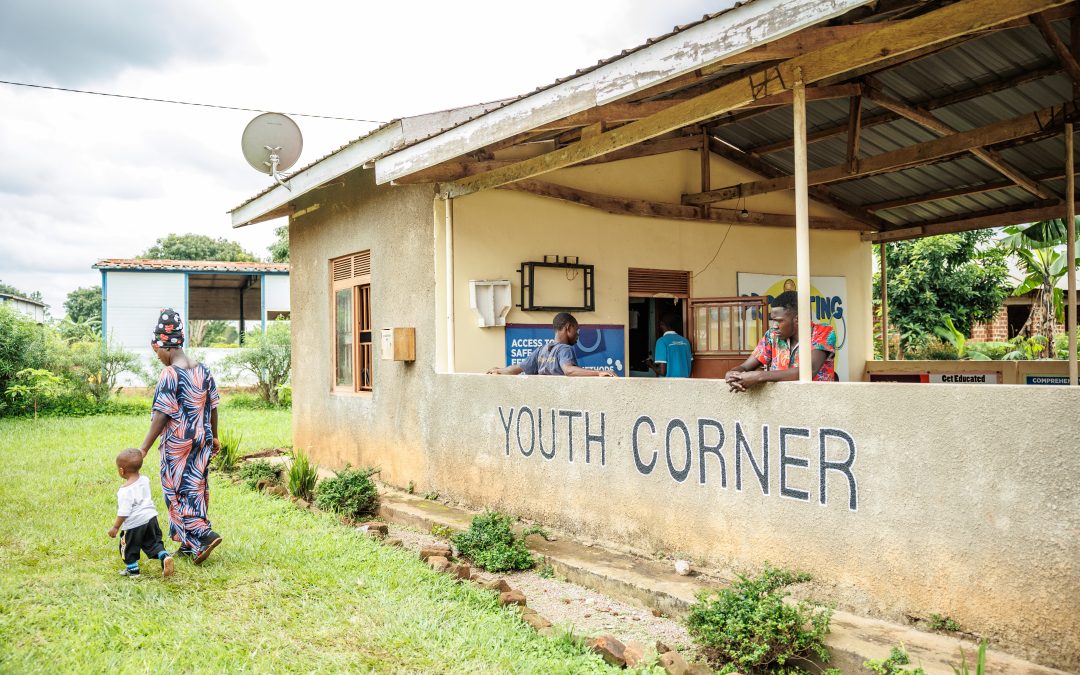 For our latest blog post, we’re bringing together two young people, one a Youth Champion of our partner organisation in Uganda, the other an Advocacy Officer in our Brussels office. John Jessy and Ffion joined forces recently in Uganda, Brussels, and Berlin, and in this piece they reflect on their engagements with young people, UN leaders, parliamentarians and others; and share recommendations on how to ensure that the global health and research agenda caters to the needs of young people.

As world leaders opened the World Health Summit in Berlin last month, the fire alarm started ringing, disrupting proceedings. The alarm was set off by Scientist Rebellion protestors aiming to draw attention to the immediate need for climate action. Similar, metaphorical, alarms were raised in panel discussions and conversations throughout the summit: outrage that important perspectives were missing; worry that major challenges in global health, including climate change and the anti-gender movement were side stage, instead of centre stage; concerns that some were under the impression that having one young person on a panel constituted youth involvement.

2022 has been the European Year of Youth, and the European Week of Action for Girls was back in person this year to bring youth voices from around the world to the ‘EU’s capital’ – Brussels. Young advocates called for girls’ rights to be at the core of the EU’s external action, with a particular focus on five priority areas, including sexual and reproductive health and rights (SRHR) and tackling harmful gender norms and stereotypes. Speaking to the Development Committee of the European Parliament, John Jessy called for increased investment in youth-friendly SRHR services, and in the promotion of comprehensive sexuality education. Casting light on the fact that discussions on development are increasingly focused on trade and security, John’s closing question to the parliament was, “how can we trade if we’re not healthy?”, urging the Parliament to prioritise health.

Similarly, speaking during the ‘One Voice for a European Global Health and One Health Strategy’ workshop at the World Health Summit, Ffion stressed the importance of ensuring that a One Health approach be embedded in the upcoming revised EU Global Health Strategy. Climate change, environmental degradation, and extreme weather events exacerbate health challenges and erode access to health care, with women and girls disproportionately affected. Closely linked, poverty related and neglected diseases (PRNDs), including HIV, tuberculosis (TB), and schistosomiasis, pose serious health challenges for adolescents and young people.

The World Health Organization has highlighted that over half of children and adolescents with TB miss out on life-saving prevention, diagnosis, and care services. In sub-Saharan Africa, young women and girls accounted for 63% of all new HIV infections in 2021. Meeting with Winnie Byanyima, Executive Director of UNAIDS, and Natalia Kanem, Executive Director of UNFPA on the sidelines of the World Health Summit, John Jessy shared his experience working with young people affected by PRNDs and his work promoting SRHR in his community. He urged that young people be included in decision making processes since they are the drivers of their own lives, and they know what they want and need.

A lack of information and access to health tools are just some of the many challenges that young people face in keeping healthy. John Jessy and Ffion recently spoke to young people living in Katoogo, a rural village in central Uganda about their experience with diseases such as HIV, TB, and malaria. Faridah shared the challenges of a lack of information on TB and how to reduce the spread of the disease and called for more outreach and awareness programmes. Suleiman shared their painful experience of losing their mother to malaria, and the devastation it wreaked on their life, sharing: “I didn’t get the chance to continue with my education since it was Mum paying the school fees. My education effectively ended in Senior 2” (around 14 years old). Robert shared the difficulties of adhering to daily medicine for HIV, and urged for innovation that would reduce the burden of treatment. 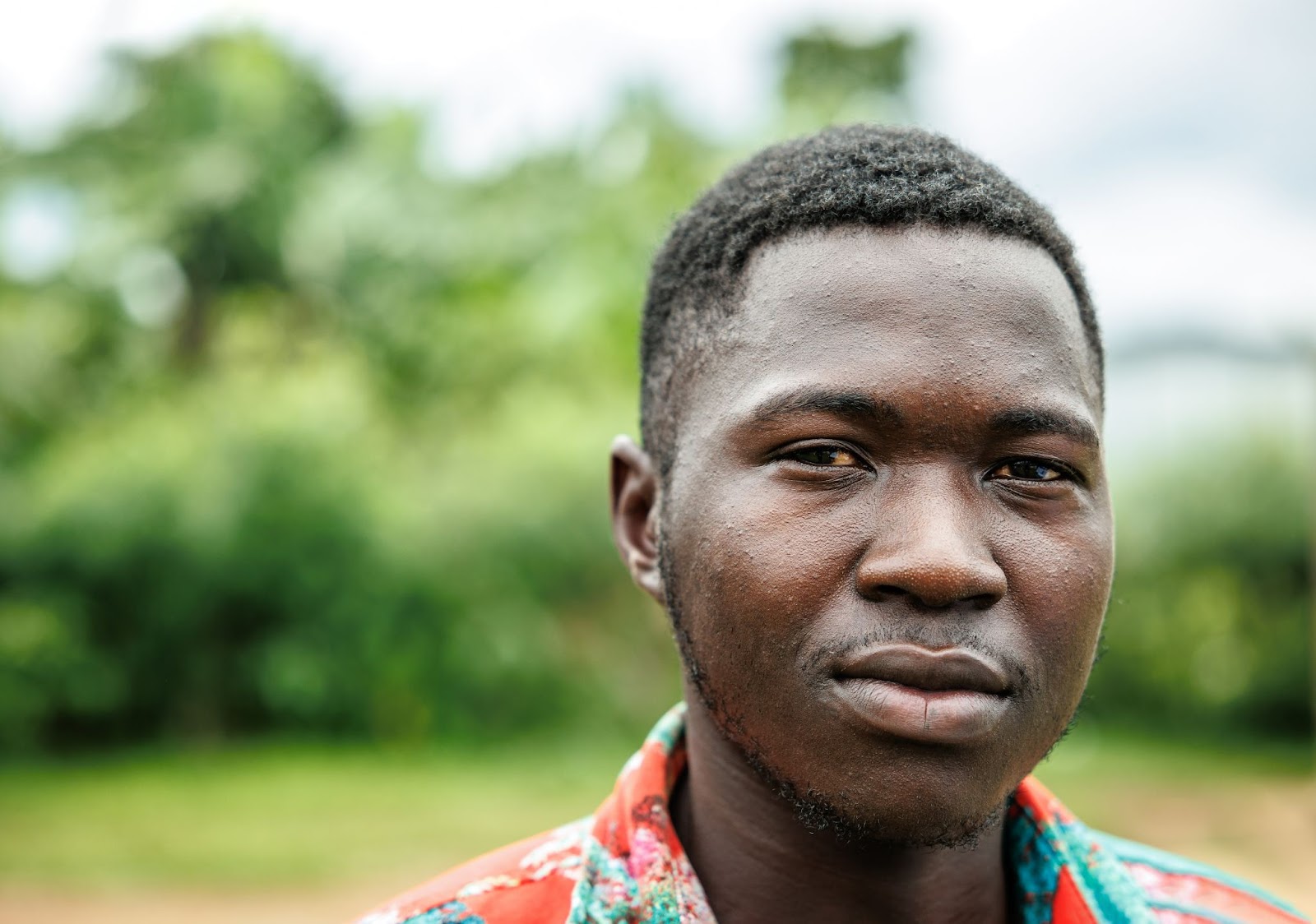 “What needs to be changed is that the medicine we take should be simplified […]. I got some problems because there are times I missed taking my medicine because where I was staying was so far from the hospital.” 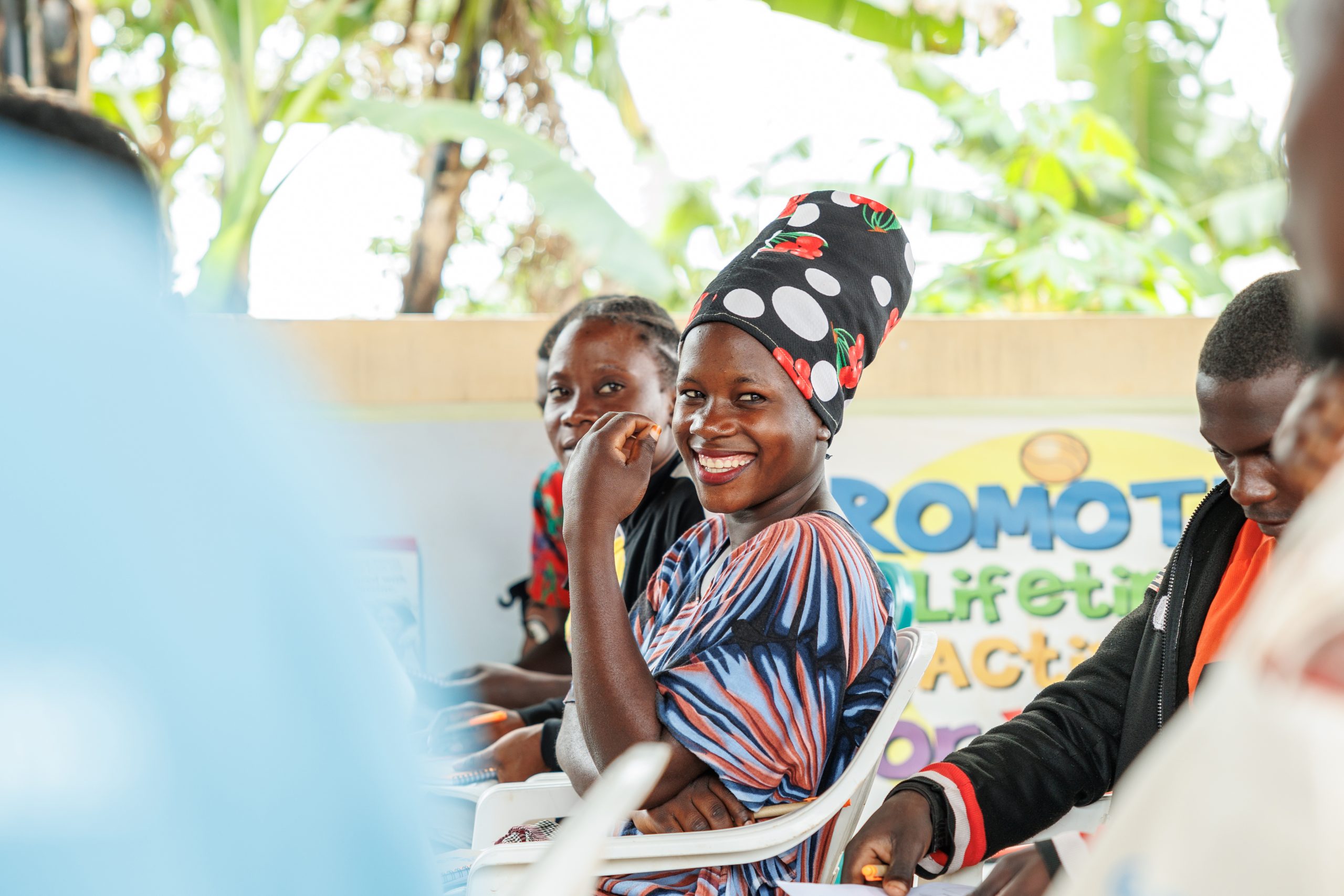 “For Tuberculosis, if they add more effort, and sensitise people to know about it, because for me, I have told many people, and those who saw me now know they can prevent it. When I come to the hospital, as they teach pregnant women, they should include tuberculosis in their teaching. Even if I come alone, I can go back and talk to my neighbour and she can also tell her friends at work.” 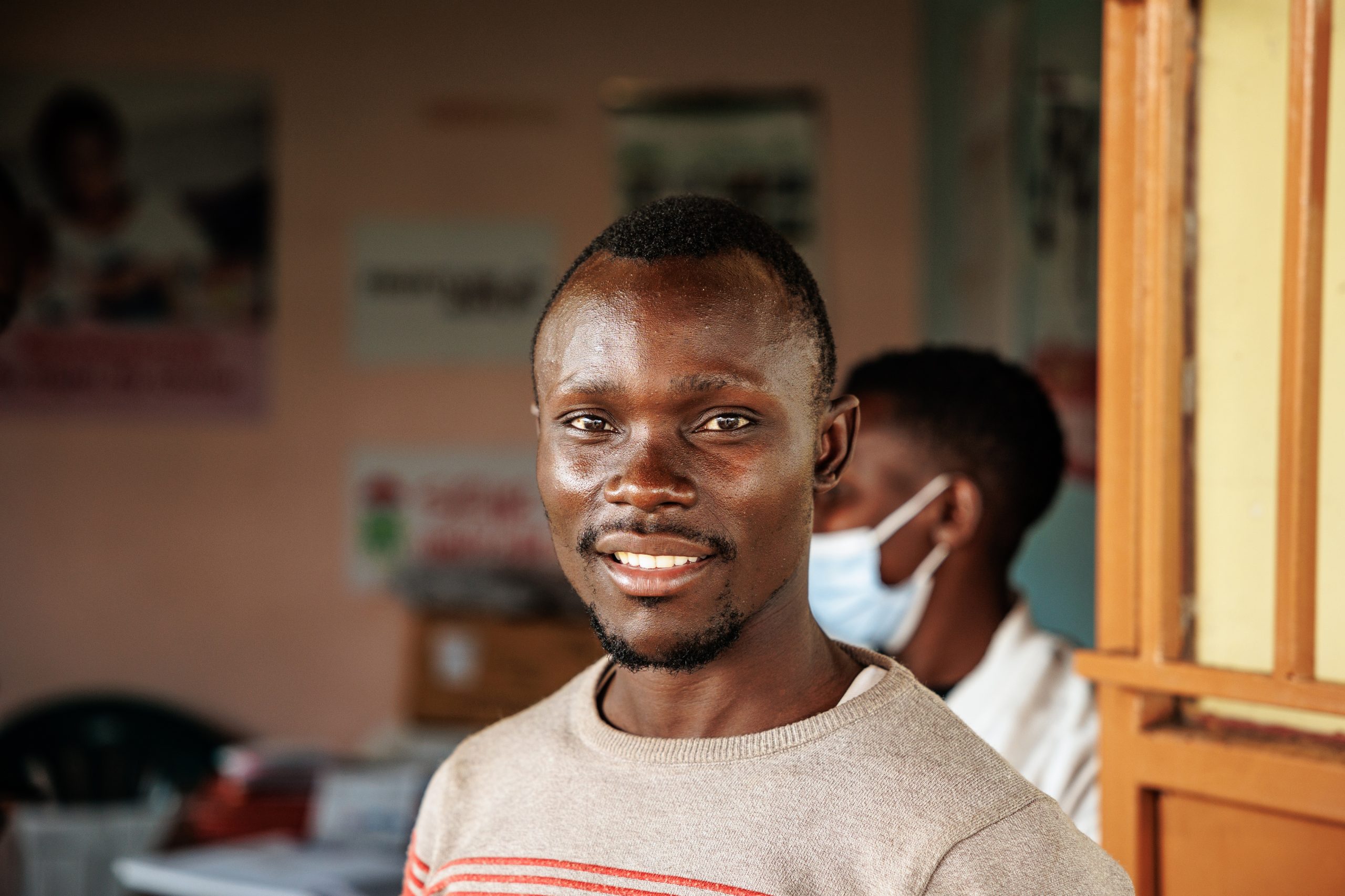 “I was with her [Mum] in the hospital when she passed away because of malaria. I didn’t get the chance to continue with my education since it was Mum paying the school fees. My education effectively ended in Senior 2; that was the time my mum passed away with that sickness. So Malaria, I hate it so much.”

With limited tools available for diseases including HIV and TB, and with emerging resistance and evolving disease patterns threatening their effectiveness, research & development (R&D) for new and improved tools is urgent. Similarly, innovation is needed in the sexual and reproductive health and rights arena, including contraceptives and multi-purpose prevention technologies (MPTs), such as condoms. John Jessy shared some of these challenges with Members of Parliament in Germany during a meeting of the All-Party Parliamentary Group on Development and Population. Our new video summarises some of these challenges; highlighting why young people should be a focus for PRND elimination efforts, and why they should be involved in designing and implementing such interventions.

To learn more, you can also read our paper on Young People and PRNDs.

A scale-up of global health funding will be needed to keep the world on track in its commitments to achieving health for all. Health needs to be prioritised in the EU’s development cooperation instrument (NDICI – Global Europe), through bilateral funding to partner countries and via support to multilateral initiatives such as the UNFPA Supplies Partnership. Similarly, an increase of R&I investments under the EU’s Horizon Europe programme to collaborative research to feed the pipeline of PRND R&D candidates for further development under the European Developing Countries Clinical Trials Partnership (EDCTP3) could help transform the landscape of new, and youth-friendly tools.

As the clock is ticking on tackling some of the world’s greatest challenges, from the climate emergency to ending the HIV pandemic, it’s vital that young people’s expertise and leadership is given priority. As we await the adoption of the EU’s new global health strategy, we hope to see young people’s calls for action reflected and their voice and know-how mobilised in its implementation. The alarms that rang around the conference hall of the World Health Summit should once again remind us that we have to act now to secure a healthy future for young people, and future generations.